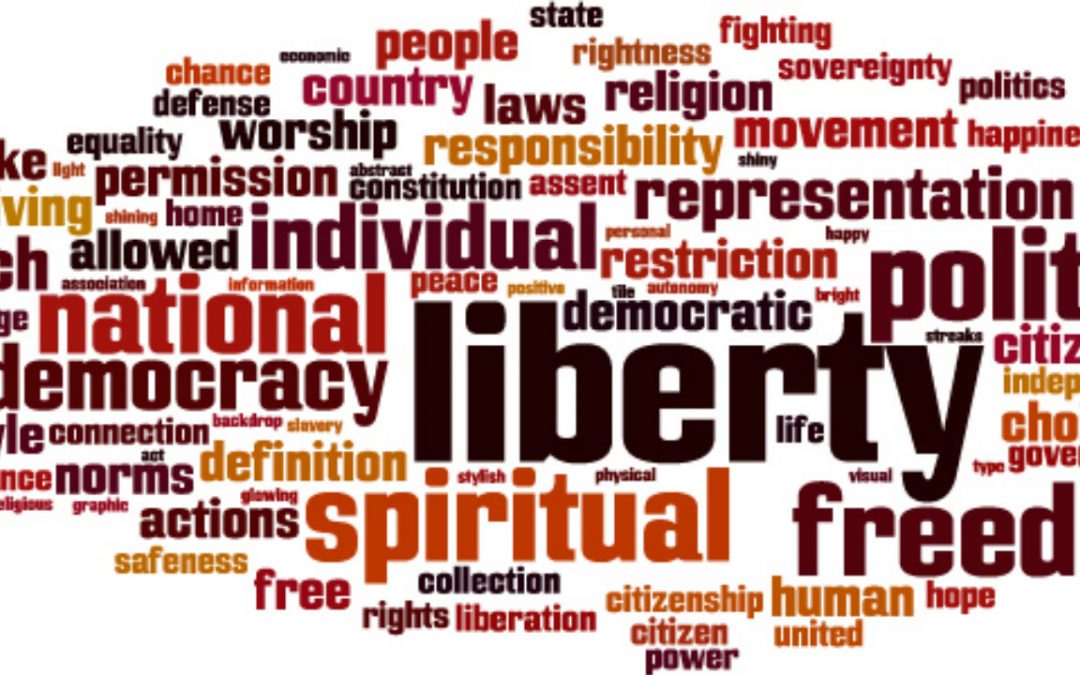 If there is one idea that is irreversibly attached to collective American culture, its liberty. Liberty is something that has been at the core of every discussion of justice, the need for change, and the natural rights of the human being. As long as we are human, it seems, the universal need for liberty is not something we can possibly allow ourselves to ignore.

But while the natural human want for personal liberty is something that has been recognized since at least the days of the Enlightenment Era, defining what exactly personal liberty entails has been something that is significantly harder to do. Wanting freedom is easy. But understanding what constitutes freedom—in its pure, natural, and unadulterated form—will still require a great deal of collective effort.

What is personal liberty?

Liberty is something that seemingly every human being has a natural need to want, but the definition of personal liberty will likely vary greatly between any two people. Liberty is intangible and cannot be held, measured, or seen. But, though the properties of personal liberty may not be accessed through our senses, it is still something that must be recognized as very real and important.

The problem with defining personal liberty is that it is a concept much more complicated than “being able to do whatever you want.” For example, even from the very beginning of human civilization, one person’s freedom to eat a piece of fruit would limit another person’s freedom to do the exact same thing. As soon as resources became recognizably scarce—which is seemingly inevitable on a finite planet—the very concept of everyone doing whatever they want at all times became materially impossible.

As time has gone on, defining personal liberty has become notably more complex. But the problem underlying this process remains fundamentally unchanged. In the 21st Century, one person’s definition of liberty may be the freedom to consume whatever resources they want which may conflict with another person’s freedom to consume clean air and clean water. Similarly, while one person might consider the right to own land to be a key component of their personal liberty, this may conflict with another person’s freedom to live wherever they want.

These tradeoffs represent very real sources of conflict that will not be easily resolved with the simple passage of legislation. The definition of personal liberty will require a continuous amount of thought, reflection, and worldly observations. Though such a perfect definition may never be universally accepted, there is certainly a lot to be gained by taking the time to think about how our world can become more objectively free.

What is a libertarian?

As is the case with most politically-charged –ians, -ists, and –isms, the term “Libertarian” is one whose meaning has seemingly been lost over time. When a word can be used to describe such a wide range of people—hailing from all political orientations and walks of life—finding one thing that all self-described libertarians actually agree upon becomes an almost impossible task.

But though it is important to tread lightly when coming up with a firm definition, what is seems all libertarians have in common is the recognition that liberty is an important principle. Without liberty, we lack the ability to change, the ability to improve, and the ability to become the best versions of ourselves that we possibly can. Without liberty, it seems we surrender the natural virtue of being human and allow something—or someone—else to be living our lives for us.

Libertarianism is distinctively different than revolutionary anarchy. There can still be a government in a libertarian society. Very few, if any, self-described libertarians would defend the material “right” to harm an innocent human being. Libertarianism is not the same thing as lawlessness. Instead, libertarianism is a personal philosophy of institutional restraint. A libertarian is an individual who believes that the institutions governing our lives—the state, the nation—should resist actions limiting the personal freedom of any individual unless absolutely necessary.

In the mind of a libertarian, the right of a government to interfere with the natural course of human action is the burden of the state to prove and defend. The government can only claim the rights to govern what we, the people, have legitimately and collectively allowed. For a libertarian, the assumption that the state has a default right to do whatever it wants is something that is considered absolutely ludicrous.

The world that most libertarians hope will someday exist is a world in which the personal freedoms of every individual are preserved to the furthest extent that they possible can be. How such a world will actually come to exist—if this is even possible—is the greatest source of disagreement within the libertarian school of thought. But regardless of the logistics, what seemingly all libertarians have in common is that liberty is one of the most important principles and is something that will always be worthy of defending.

Why is personal freedom important?

Without personal freedom, it seems there would be nothing separating the conscious human being from the ground beneath their feet. From the very moment we are born, we have a conscious instinct to breath, to continue living, to struggle for existence. We do not wait for permission from anyone to engage in this struggle—we simply choose to engage in our world and utilize the freedom we have been given by nature.

Personal freedom is important because it makes it possible to become the best version of ourselves that we possibly can. When an individual is free, then there they can overcome the roadblocks separating them from an imperfect status quo and a more perfect future. Though human perfection remains something that is obviously well beyond the means of a single individual to achieve in their lifetime, without the freedom to act in accordance with their conscious, progress itself becomes fundamentally impossible.

Personal liberty is not something that should only be the concern of philosophers or those who fantasize about a future utopia. It should be the concern of every common individual with the conscious and tenacity needed to call themselves human. Though a freer society—for every single human being—will certainly require a significant amount of effort to ever actually achieve, it is undeniably a noble goal that we have a natural duty to be working towards.