How To Get Into Cryptocurrency Mining 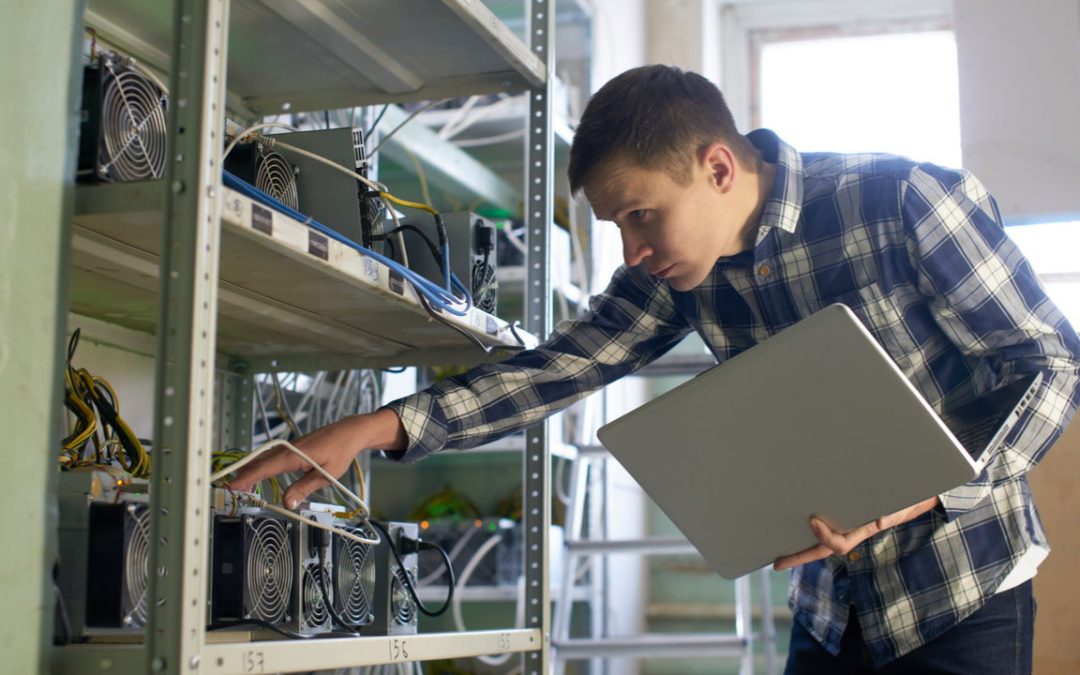 Heard of Bitcoin (BTC)? Trying to get into it without having to invest? You may want to check out Bitcoin mining.

Bitcoin mining is essentially using the power of your computer to find something called a target hash. The target hash is a 64 digit line also known as a hexadecimal number. This means that each of the 64 digits could be any of the numbers from 0-9 or the letters a-f, resulting in 16 possibilities for each digit.

As you can imagine, there are tons of possible solutions. It would take forever to find the real target hash, no? Fortunately, miners don’t have to find the exact line of 64 digits. Instead, they have to find it or anything less than it.

Mining is a race to find this target hash before all of the other miners. The one to do so is rewarded in Bitcoin. But, what is so important about the target hash and why is it necessary?

You see, Bitcoin is stored in segments called blocks. Each block has it’s own target hash, and the process of finding it is considered mining the block. Once extracted, Bitcoin is then released into circulation, similar to how a government releases more money into circulation over time.

The first miner to find the hash is rewarded with Bitcoin, with the current reward being 12.5 BTC each block. However, this value is programmed to halve every couple of years or so, until all remaining Bitcoin have been mined. Also, miners must meet a threshold of verifying 1 megabyte of transactions in total to receive a reward.

In addition to putting more Bitcoin in circulation, miners are also validating transactions with each block. In a way, they are auditing transactions and ensuring that nobody is duplicating code to give themselves extra Bitcoin. This allows the network to be decentralized and to not rely on a third party for validation.

To get ahead of the game, miners must have extremely powerful computers. The more powerful their machine, the more likely they are to get the correct target hash. A machine’s power is measured in megahashes, gigahashes, or terahashes per second. In fact, most miners go through so much power that they fry their graphics cards, resulting in the massive price hikes you may have seen recently.

Miners can also purchase something called an ASIC, or application-specific integrated unit. ASICs are designed for mining processes and use less power to mine quickly. Because of this, it is also more expensive than traditional computer graphics cards.

Some coins, like Monero and even Ethereum, are against this. ASIC mining creates an uneven playing field for miners, which most projects are against. These teams put in ASIC resistant code to prevent compatibility with the specialized cards.

So, to summarize, miners both validate transactions and allow new Bitcoins to enter circulation. They prevent duplicated coins and provide a way for the network to run without reliance on a third-party.

Before we get into the mining process, it’s important to note one thing. Don’t get into mining to make money – it’s not going to happen. When mining was first starting out, yes it was possible to make a fortune. Nowadays, the chances of you finding the target hash first on top of meeting the criteria for reward are incredibly low. That’s not to mention the high price of getting into mining either.

Instead, expect it to be more of a passive side income. You’re also helping the Bitcoin network run more efficiently and allowing transactions to go through.

Anyways, to raise your chances of getting the correct target hash, you’ll want to join something called a mining pool. Instead of utilizing just one computer’s power, a mining pool puts together the hash rates of all participants, combining them to reach the target hash much quicker.

These pools are run by a third-party, and they spread the reward based on contribution rates. With a pool, you’re much more likely to hit the target hash and see a reward for your efforts. Some popular Bitcoin mining pools:

To connect to a mining pool, you’ll need one of a few pieces of software. Also known as mining programs, some of them are designed to work with a mining pool. Others are simply third-party ones that work with a variety of them. Here are some popular software choices:

Now that you have a pool and the required software, it’s time to go through the sign-up process. We’re going to use Antpool as an example:

Signing Up With Antpool

First off, you’ll want your computer set up with the proper hardware and software. Then, the sign-up process is fairly simple. All you need is a proper e-mail and password.

Once you’re up, it’s important to understand the fees. Some pools charge fees for using it. Antpool doesn’t charge any, but it does take some of the rewards once a block is successfully mined. Antpool doesn’t disclose the amount of that reward, so it’s hard to say precisely what it is. It seems to be around 1-2 Bitcoins as of this writing.

Otherwise, Antpool pays out each day at around 10 AM UTC. You’ll need 0.0005 BTC to withdraw from the service.

It all depends on your mindset going in. No, Bitcoin mining isn’t going to get you rich quick. It likely won’t get you rich at all. There are so many people doing it nowadays that it significantly dilutes rewards. That said, it’s still worth getting into if you already have a powerful computer at your disposal.

With a PC already built, the price of getting into mining is minimal. You’ll get a decent side income with a high enough hash rate, and you’ll be helping the Bitcoin network run better.