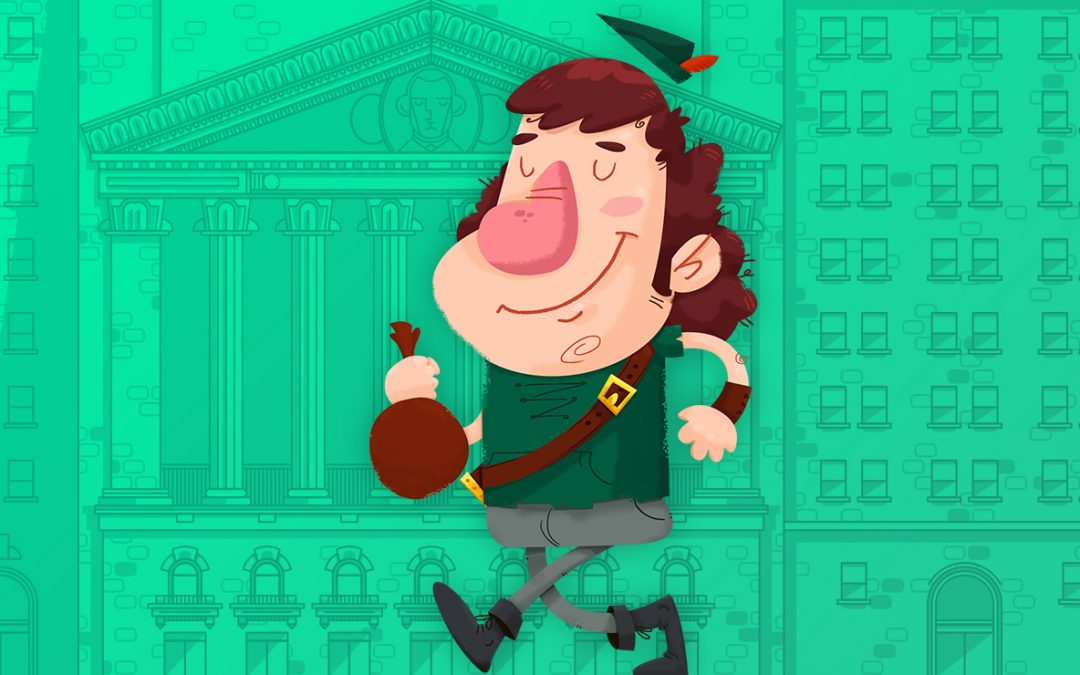 The free stock-trading application Robinhood just raised $363 million in a Series D investment round led by DST Global. This amount increased the value of the popular app to a total of $5.6 billion. Robinhood is now in second place on the list of the most valuable private financial tech companies, beaten only by the online payments business Stripe.

The past couple of years have seen a lot of growth for Robinhood due to their non-traditional investment policies. Unlike other marketplaces, Robinhood doesn’t take commission fees. Instead, the startup makes money off of interest on investors deposits or via it’s “Robinhood Gold” subscription service, which provides extra benefits like elongated market hours or margin trading. According to Fortune, the platform has seen over $150 billion in transactions since its launch, with investors saving more than $1 billion in investment fees.

There is no shortage of investors on the platform. That said, a majority of those users utilize the traditional investment features offered by Robinhood. The platform is looking to change that. In February of this year, the team launched “Robinhood Crypto,” which brought non-commission based trading into the world of cryptocurrencies.

Since then, Robinhood Crypto has expanded into ten states: California, Montana, Massachusetts, Michigan, New Mexico, Wisconsin, Colorado, Florida, Mississippi, and Missouri. With the recently raised money, the team is now looking to go everywhere else, hopefully becoming the most significant cryptocurrency exchange in the United States. In an interview with Fortune, the CEO and co-founder of Robinhood, Baiju Bhatt, expressed his desire for this expansion to be complete by the end of 2018:

“We expect by the end of the year to be either the largest or one of the largest crypto platforms out there,” says Bhatt. “But we also really feel we’ll have the absolute best experience for investing in crypto as well—from having a large variety of coins available to a more favorable cost structure—mainly no commissions—to just quality of product.”

Of course, this would mean that Robinhood has to beat out the current largest platform, Coinbase. Currently, Coinbase has 20 million registered accounts. However, the exchange only offers Bitcoin, Ethereum, Litecoin, and Bitcoin Cash for purchase, which is seen as a huge limitation. Robinhood Crypto supports even less, with only Bitcoin and Ethereum available to purchase. That said, the application allows users to track 16 coins, with plans to enable them for purchase later on. Coinbase makes around $1 billion in revenue, so it may not be as easy for Robinhood to overcome as Bhatt may think. Plus, Goldman Sachs and Intercontinental Exchange (owner of the New York Stock Exchange) are also looking to build crypto trading platforms.

Regulation is another issue to tackle. With the SEC recently classifying cryptocurrencies as securities, all exchanges must register with the agency before they can legally trade the digital asset. Of course, this is to protect users and to ensure transparency and secure trading, but this ruling also goes against the “no-mans-land” nature of cryptocurrency.

However, Robinhood has an advantage over other exchanges when it comes to regulation. Because of the platform’s history as a stock-trader, Robinhood is already registered with the SEC. This saves them time and allows them to be at the front of the pack if and when more regulations come into effect. Coinbase isn’t even registered yet, though it is attempting to do so.

Regardless of if it beats out Coinbase or not, the expansion of Robinhood Crypto is a big deal in the survival of this industry. By providing non-commission based trading, it would be the first and only cryptocurrency based exchange to do so. This policy would open up crypto trading to hundreds of thousands of United States investors that wouldn’t normally put money in. No longer would investors have to pay high transaction fees for fiat to crypto conversions. Once more coins are offered, the United States would finally have a place to convert fiat currencies to coins other than the main ones provided at Coinbase.

That’s not to mention the accessibility these changes would provide. Right now, trading is somewhat tricky to get into. With most exchanges, users have to give out a lot of information including their social security number, bank information, location, and more. It can be hard to convince potential investors to give up this data, especially when it comes to exchanges that aren’t based in the United States. Others aren’t comfortable taking a photo of themselves and providing scans of identification for verification. A United States exchange with a history of stock trading will make it much easier to convince the general public to get involved.

By including crypto and stock options into one application, traditional stock traders are also more likely to get involved with crypto, since they’ll see the two side by side. The general public usually isn’t aware that trading and investing in cryptocurrencies is very similar to traditional stock trading. By associating the two visually, investors will make the connection naturally. Robinhood provides instant access to funds once selling stocks as well. There isn’t a one week waiting period or anything like that. The money can go straight into crypto if the investor so chooses.

The more people investing in cryptocurrencies, the better. Widespread acceptance is the most prominent thing this industry needs right now. People are scared to get into the digital asset, partly because they don’t know anything about it, and partly because of the significant rise and fall of Bitcoin in late 2017. Accessibility is the name of the game, and applications like Robinhood are bringing the cryptocurrency industry to the general public.

As government regulations increase, we are likely to see more traditional investors getting involved with cryptocurrencies. Robinhood is getting ahead of the game by introducing an SEC-compatible exchange and incorporating it in with their own. Beating out Coinbase may be a big goal, but this investment provides Robinhood a chance at making a name for themselves in the cryptocurrency industry.