The Future of Mining Cryptocurrencies 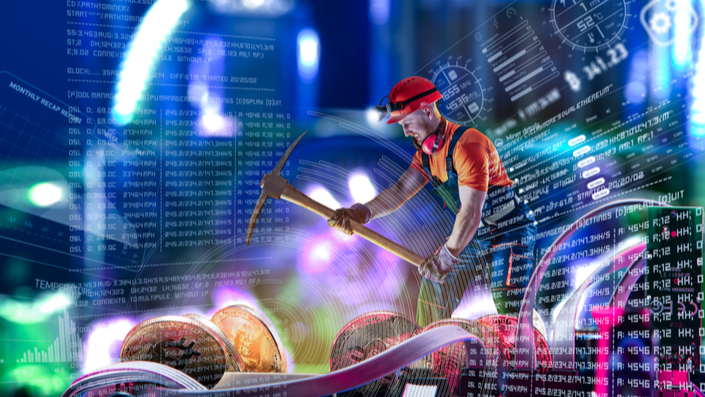 The skyrocketing price of Bitcoin and the massive growth in cryptocurrency investment has made mining cryptocurrencies a rewarding avenue for many.

Investors, governments, and even environmental activists are now focusing on the effects of mining crypto. Each group has a different opinion about the process, an opinion that could rapidly shift its future.

Outside pressure coupled with technological developments and revolutionary ideas means that the future of cryptocurrency mining holds both uncertainty and promise.

To talk about the future of mining, first, we must discuss its origins and precisely what it means to mine a cryptocurrency. Mining is the process of generating new coins for a cryptocurrency. The cryptos mimic resources in real life: gold, silver, diamonds, etc. These resources hold value because they are scarce and difficult to acquire.

The many different types of cryptocurrencies use various methods for mining. However, it is easiest to look at Bitcoin (BTC) because it was the first.

Bitcoin uses SHA-256 (Secure Hash Algorithm) for its cryptography. When a computer mines a crypto, it is verifying a group of transactions and adding that block onto the blockchain. Miners work to solve what is essentially a complex puzzle.

The first one that solves the puzzle receives the coins and adds the block to the chain. This is the Proof of Work protocol, and it is how Bitcoin’s blockchain functions.

Mining computers use graphics cards to process these complex equations that take time and energy. The design reflects the actual mining process for rare elements in the real world. It is intentionally challenging and time-consuming. The more a network of computers mine, the harder it becomes to mint new coins.

Originally, Bitcoin released far more coins for rewards than it does now. Mining’s popularity has made the process harder and more expensive. The total amount of coins will continue to diminish until 2140 when there will be no more bitcoins left to mine.

At this point, the miners would receive “tips” for securing future blocks on the chain. However, at that point, no new coins would be minted.

There are a few growing problems with mining. As previously stated, the more you mine, the harder it becomes to earn coins from the process.

Purchasing better hardware for mining or pooling resources for an increased chance of securing the blockchain, and therefore coins, are two possible options to help alleviate the cost of mining.

Either way, the longer Bitcoin is in existence, the harder it will be to earn a return from mining BTC.

Because you cannot mine Bitcoin with ordinary GPUs (Graphic Processing Units), you have to use expensive graphics cards known as ASICs (Application Specific Integrated Current).

And with more and more people trying to buy these types of cards, prices have skyrocketed. Shortages in supply also push up the cost of these cards higher.

You cannot mine BTC with one graphic card. You need several. This results in complex “rigs”  used to more effectively mine cryptocurrencies.

These rigs are stacked with graphics cards and cooling units to keep them from overheating. When you add up the cost of technology and combine that with the cost for electricity to run and cool down these massive mining rigs, you can see how the cost of mining grows exponentially.

The result is that many people see mining as an enormous waste of electricity. They also see it as socially irresponsible to actively contribute to global warming through running energy consuming machines to mine a digital currency when fiat currencies currently exist.

There are other variables to consider with mining that make it a precarious venture as well. There is a lack of commitment from graphics card designers.

While Samsung aims to get into manufacturing cards made specifically for mining, Nvidia and others believe that mining will fade in time, leaving the future of hardware development uncertain.

Add to this is the ephemeral nature of technology, with each day seeming to bring in the next advancement, the expense increases even further. As newer cards come out, current rigs have to be updated or they won’t be as effective.

Government regulation is an issue as well. China seeks to shut down miners in the country. And crypto miners in Israel will be forced to pay taxes on their coins. Some countries are outright banning the mining of cryptos altogether.

Despite All These Problems, the Future Looks Bright

More developers are looking at moving away from using PoW protocol for mining, opting for Proof of Stake (PoS) instead.

Proof of Stake creates blocks though shareholder consensus based upon how much stake, or coin they hold in the crypto. The more they keep locked away, the more rewards they can earn.

Ethereum is transitioning to Proof of Stake, and some cryptos use a variation of PoW and PoS, and a few other consensus algorithms for mining. The push away from Proof of Work would mean fewer resources dedicated to the process.

There are several problems with transitioning to alternatives to PoW ranging from fears of 51 percent attacks to rendering massive, expensive rigs currently used to mine useless.

Mining might move to deregulated countries. Most of the Bitcoin mined right now comes from China, but this may change if they follow through on pushing mining out. Countries that are more accepting of miners, like Sweden, could be the new home for mining.

Mobility seems key for the future of a tech that is still entirely new as governments figure out which direction they want to go on it. Mining is a risk, not one without a reward, but it is still risk.