The Shocking Truth About Tether 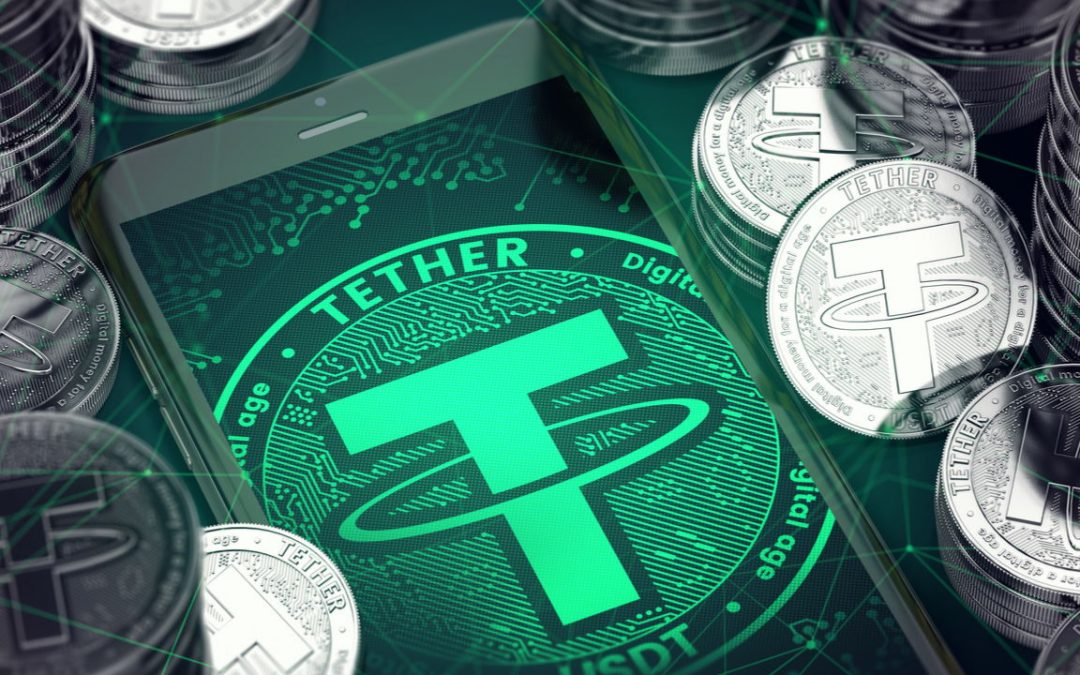 There’s been a lot of talk about Tether recently, and most of it hasn’t been good. Trouble securing banking partners, failing to maintain promises of transparency, being targeted by the US government, and being called one of the greatest scams in the crypto community, a “ticking time bomb,” doesn’t help Tether’s track record. And when you dig deeper, the problems only grow more complicated.

Tether (UDST) is a token backed with a 1:1 ratio of dollar to token. What this means is that for every $1 you have in Tether, it equals $1 in USD. On the surface, it seems like a great way to provide liquidity to a rapidly shifting market. People can acquire Tether at a set level and then trade it for other cryptos when they see fit in the market. This can give you an edge in a market that suffers from daily volatility.

The biggest problem with Tether is that it lacks transparency. When the token was created, they championed for transparency, boasting on their website that anyone can look at any time and see how much fiat backs the cryptocurrency. Except they do not provide anything close to what their website advertises.

Aside from a brief memorandum, they’ve never offered much concerning accountability to their users. At one point in time, they did bring auditor on board to help audit, but after months of apparent work, the relationship between the two parties “dissolved” in January 2018. Since then, there have been no attempts made to find a new auditor.

What makes matters worse is that Tether has a questionable relationship with BitFinex. There exists speculation around whether or not the two are working together to manipulate market prices. There is no current evidence other than a few screenshots and some speculation from a few critics. However, as both entities have clouded pasts, the lack of transparency only further stimulates FUD in the cryptosphere around Tether on the whole.

Despite this, Tether operates at a market cap of over $2.2 billion with a 24-hour trade volume that often surpasses that. It is used across platforms to support liquidity for buying and selling various cryptos. It is this ubiquitous nature that has people worried. Should any of these concerns be proven true, the repercussions would be vast.

Is Tether a Scam?

Tether isn’t in the same boat as Bitconnect by any means. Bitconnect was a Ponzi scheme that lured investors to their platform with a backable promise of high returns. Tether is not a platform for trading or investing. The platform exchanges USD for tokens.

The concern for scam would either bet that Tether doesn’t have actual reserves it should back each token in existence to a dollar, proving that it printed off tokens, similar to a bank printing off unbacked money. Or, worse, that it’s manipulating the market. And that is where the real concern lies.

Attempts to Fix the Problem

Going back, their most recent attempt to provide something close to an audit was on the 15th of September 2017 when they released the “Tether Analysis Report.” The memorandum showed their tokens were backed at just over $440 million. However, since then, Tether’s market cap has climbed to $2.2 billion. Putting this unofficial document aside, there’s been a significant increase in the number of tokens that have been created, and there wasn’t any verification that the money exists to back this up. This creates problems.

Is Tether a Ticking Time bomb?

Things don’t look good for Tether. As each month goes by without an audit, people only grow more concerned. An incredibly insightful article points out that tether would never be audited. To begin with, the audit would only go back to June 2017, if it happened at all. But the real problem with an audit would be the extent of its credibility if it couldn’t fully account for where all of Tether’s funds were for the months before. This seemly random decision not to thoroughly audit the crypto is problematic when taking Tether’s relationship with BitFinex into account.

BitFinex was a victim of a massive hack that led to the loss of $70 million in June 2016. They decided to even out the loss and remove 36% of the funds from everyone’s account. The question of what they did with that money, as the user BitFinex’ed points out in his article, is questionable. Knowing the trail of BitFinex and Tether’s money could create problems for both platforms if it showed that they traded the money on the exchange using Tether or used the money to manipulate the market.

What Would Happen If Tether Collapsed?

The future of Tether is tentative at best. Especially now that TrueUSD (TUSD), a new tethered token that functions just like Tether, will be listed on Binance. It operates similarly to Tether but provides much better transparency, clearly showing their team, for instance, and providing regular audits. And they’re not the only alternative for people to use.

Without spreading FUD, if some more solid evidence does come forward and shows that Tether doesn’t have the money in reserve to back up its holdings, then it’s safe to say that Tether’s value would drop and create instability. How much instability? That depends on who you ask. Some say that at a market cap of $2.2 billion it would be negligible. Others point out that its value is often miscalculated, and should Tether collapse, there would be drastic consequences.

But without that transparency, there’s a whole lot of unknown. It is apparent that they do have some money to back up the USDT they’ve issued. How much is uncertain. It’s anyone’s guess. However, if their shady business practices show collusion in the market, that’s a whole different story. FOMO and FUD run the market, and proof of market manipulation would cause ripples throughout the market. And not only would the market be affected, but it would impact people’s trust in cryptocurrencies. For now, using Tether requires trust more than anything else, and with more alternatives available, that trust is increasingly rare.