What is an Initial Coin Offering? 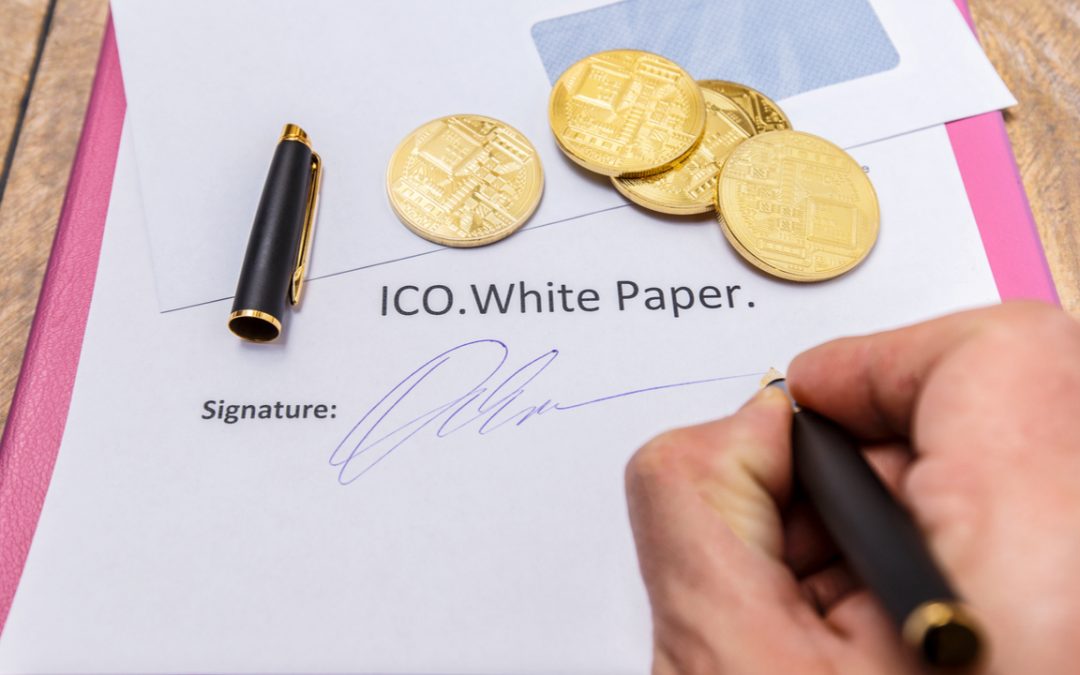 If you have been following the finance and investment news lately you have probably seen “Initial Coin Offering” (ICO) popping up a lot.

ICO is the first public sale or offering of a new cryptocurrency.

A cryptocurrency is an encrypted digital currency or token that operates through the blockchain. The blockchain is a highly-encrypted ecosystem with a wide variety of software and applications.

What is A Cryptocurrency?

A cryptocurrency can be considered a piece of software or an application that also functions as money or a payment solution on a decentralized blockchain.

Businesses create cryptocurrencies to facilitate payment through marketplaces and platforms. They can also launch as Dapps (decentralized applications).

An ICO is a brand new cryptocurrency that is designed to drive customers and their money to a new platform, marketplace, or digital service.

Some ICOs are intended to raise money for developers of blockchain solutions; others are publicity stunts designed to attract attention to a new product or service.

Many ICOs are built with the ERC20-protocol because it allows owners to easily convert them into Ethereum or Ether.

Ethereum (ETH) is the second most popular cryptocurrency; it is widely traded on exchanges, and even accepted by some online retailers.

Even though some people treat ICOs as investments, they are very different than traditional investments.

Most ICOs do not offer any ownership; or equity, in the organizations that issue them.

That means they are not stocks, and the value they have is the money someone might pay for the cryptocurrency or the value the token performs on the blockchain.

Something to keep in mind is that many ICO projects have no legal obligation to maintain the value of the tokens they issue. There is also no obligation for the blockchain platform or marketplace to accept the coins in the future. If the ICO project shuts down the coins it issues will be worthless.

The legal status of ICOs is hard to determine because of unclear regulations. Regulators like the SEC have banned some ICOs that flagrantly violate the law and investment regulation.

A good rule of thumb to follow is that any ICO that promises ownership; equity, or a stake in a business, is illegal in the United States.

There are many scams in the ICO arena. Beware of companies promoting guaranteed returns or too-good-to-be-true investment ideas.

Like angel investing, ICOs are extremely risky because money is raised very early in the business cycle.

How an ICO is Held

An initial cryptocurrency offering itself is not an investment. Instead, it is simply a public sale of a new token.

Most ICOs are preceded by a lot of hype and sometimes by presales in which specific amounts of coins are sold to early investors.

Some organizations create “whitelists” of people who will be offered the opportunity to buy tokens early often at a lower price.

These presales are usually followed by the actual ICO, in which an entity sells the new cryptocurrency directly to the public.

At the end of the ICO, the altcoins are available for purchase through cryptocurrency exchanges like Binance or CoinBase.

Some investors will stay away from the ICO and wait to see at what price the cryptocurrency trades for on the open market.

Many of these tokens can be picked up for a fraction of the initial price just a few days or weeks after the ICO.

Will ICO companies ever become profitable?

An even better idea would be to wait and see if the platform or marketplace the ICO is associated with becomes a profitable business before buying the cryptocurrency.

Unfortunately, many of the platforms are so new that it will take months or even years for them to start making money.

A smarter strategy might be to participate in the platform and use its goods or services before buying large amounts of the tokens. That way you can see if the platform and its applications work and live up to the promises of the creators before spending a lot of money.

ICOs are extremely risky and not right for everyone. If you want to purchase a cryptocurrency, it might make more sense to buy an established digital currency such as Bitcoin or Ethereum and leave the ICOs to investors with a high risk tolerance.

There is no guarantee that any initial cryptocurrency offering will ever make money, so invest wisely!