What is Inflation and How Does Target Inflation Work? 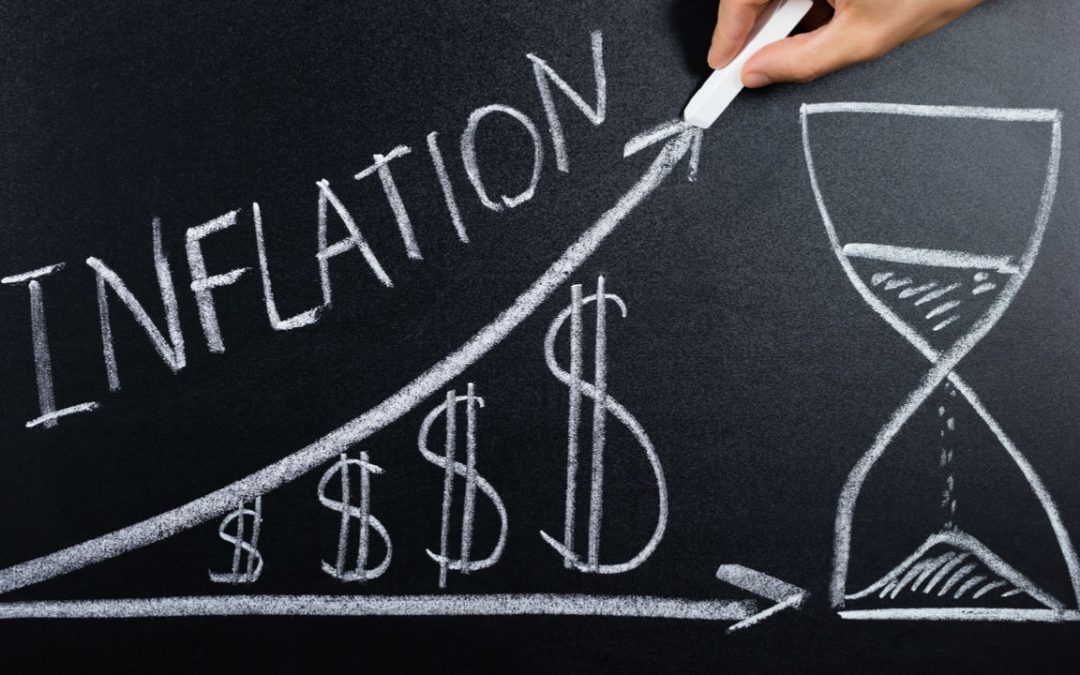 Whether you are listening to news related to politics, finance, or anything in between, “inflation” is a term that you will likely hear quite often. Inflation affects the general cost of common consumer goods and can ultimately have a major impact on the average person’s day-to-day life.

Though the relevance of the inflation rate—which in the United States has been around 2% for the past few years—is quite obvious, understanding the nuances behind inflation can be quite difficult. Many economists have studied the effects of inflation for years and are still yet to come to a common consensus. Despite these nuances, this article will attempt to briefly explain inflation and also describe the process known as inflation targeting.

Generally speaking, inflation can be most simply defined as the sustained increase in the price of goods over time. When only one specific good, such as a certain type of vehicle, increases in price, this should not be considered inflation. But when goods in general increase in price, then the economy can be considered to be inflated.

When inflation takes place, the spending power of every dollar in the economy is systematically decreased. For example, if it costs $1 to buy a loaf of bread in the status quo and the price of consumer goods inflates by 2%, it will then cost $1.02 to buy the exact same product in the future. Because it takes more dollars to purchase the same bundle of goods, each individual dollar can be considered to be less valuable.

How is inflation measured?

Though there are theoretically many different ways that inflation can be measured, the most commonly referred to metric is known as the consumer price index (CPI). The consumer price index keeps track of the average cost of a specific bundle of commonly purchased consumable goods. This particular ‘bundle’ generally includes things such as fuel, food, clothing, and automobiles. Over 80,000 items are included in the monthly cost survey.

What are the variables that cause inflation?

There are several variables that can contribute to inflation. The variable that is usually referred to most often in financial and political discussions is the money supply. When there exists a larger amount of money in circulation, naturally, each individual dollar will become less valuable. Conversely, when the money supply decreases, each dollar will be considered rarer and thus have an increase in value.

The money supply is largely determined by the actions of the Federal Reserve. Though the “Fed” is not responsible for tangibly printing money, its policies can directly impact how much money is actually in circulation. When the Fed adjusts its interest rates, the pros and cons of borrowing money will subsequently change. Lower federal interest rates for commercial banks will increase the money supply. Other variables contributing to the inflation rate can include changes in the government’s credit rating, organic increases in the costs of producing consumer goods, changes in laws, and the cyclical nature of the economy.

What is hyperinflation? What is deflation?

In general, most economists will tell you that having some inflation is natural and can even be considered a good thing. However, there will still be significant disagreements about which inflation rate is actually best. If the inflation rate gets out of control—and the costs of goods begin to skyrocket overnight—then the economy can be described as experiencing a state of hyperinflation.

Hyperinflation can result in numerous negative consequences including the failure of a currency, the creation of a parallel (unregulated) economy, and the general inability of consumers to purchase the goods they need. One of the worst examples of hyperinflation occurred in Zimbabwe in 2008. During the month of November, the nation witnessed an inflation rate of nearly 80 billion percent—this catastrophic loss of value in such a short amount of time made their currency fundamentally useless.

On the other end of the spectrum, deflation—also commonly known as negative inflation—is something that can actually cause a specific currency to increase in strength. Deflation occurs when the money supply in a given economy decreases. Therefore, each individual unit of currency becomes more powerful.

What is inflation targeting and how does it work?

Fiscal policy affects the way in which a nation’s citizens are taxed and how their taxes are spent. Fiscal policy, at least in the case of the United States, is largely determined by elected representatives and various government agencies. Monetary policy, on the other hand, affects the total amount of money that is actually in circulation. Monetary policy is determined almost exclusively by the actions of the Federal Reserve (whose chair is appointed by the President of the United States) and financial institutions.

Inflation targeting occurs when the Federal Reserve publicly announces the level of inflation it is hoping to achieve. For example, if the Federal Reserve believes that it will be best for the economy if a bundle of goods (determined by the CPI) that costs $100 in the status quo will cost $102 one year from now, the Fed will announce a target inflation rate of 2%.

In order to reach this specific target, the Federal Reserve may make several adjustments to what is known as the “Fed Funds Rate” throughout the course of the year. Having the target inflation rate be made public is helpful because it allows both financial institutions and consumers to plan for the future using a more predictable economic framework.

Why does inflation matter?

Inflation is a subject that can be very confusing for the average person to understand, but that doesn’t mean it is not important. Changes in the rate of inflation can affect the average citizen’s life in numerous different ways.

These are just a few reasons why paying attention to inflation is important. Though the inflation rate is fairly stable in the status quo, any major changes in the economy or the Federal Reserve’s approach to monetary policy may be reflected in the Consumer Price Index.