Why Freedom of Speech Is So Important 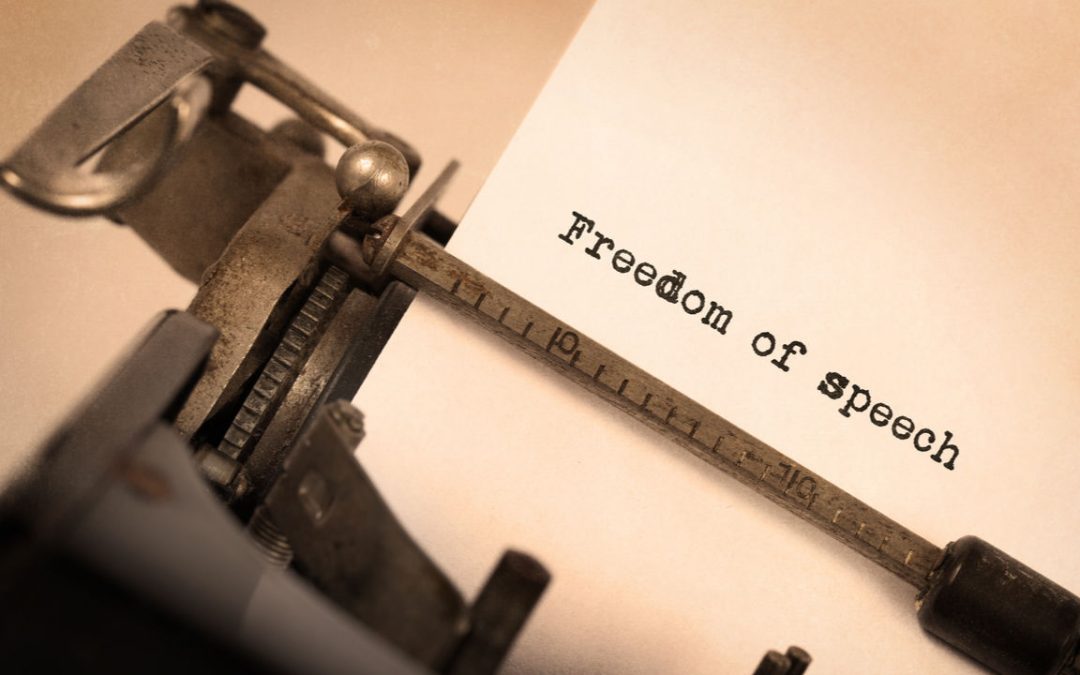 When people think about the principles that are exceptionally important in the United States, one of the first things that comes to mind is freedom of speech. This principle, which is enshrined in the First Amendment of the Constitution and other important founding documents, is widely considered to be one of the primary inspirations for the nation’s initial revolution.

Despite the fact that so many people have fought, and continue to fight, for the establishment of freedom of speech around the world, it is still necessary to recognize why this principle is something that is so exceptionally worth fighting for. Without the individual right to speak in accordance with your conscious, maintaining a free society would be fundamentally impossible.

The Most Natural Right

In our original State of Nature (a concept which has been significantly discussed by Thomas Hobbes, John Locke, and many other important philosophers), the only force that “governs” our existence is the physical world itself. Before the existence of any law or regulation, the range of what the individual is naturally “allowed” to do is, essentially, any action that is physically possible.

As time went on, the total freedom that existed in the state of nature was something that—though clearly “natural”—also had a number of distinctive problems associated with it. For example, though it may be physically possible to murder or enslave another human being, these actions are still something that contradicts the moral laws of nature. In exchange for protection from the risk of being harmed, most individuals would gladly surrender their natural “right” to harm another.

Similarly, in exchange for being stolen from, most individuals would also surrender their natural right to steal from another. However, though these fundamental components of a legal system can be found in essentially any society that strives to protect the rights to life and property, speech is something that is notably different.

Speech—in its many forms—is something that does not occur in the physical world. Though a newspaper may be tangible, the ideas that are expressed in that paper are intangible. Speech is not something that can consume a finite amount of times. Unlike property, one person’s ability to speak and think freely does not diminish another person’s ability to speak and think the exact same thing. Because, naturally, speech is something that “takes place” beyond materiality, there is no natural justification to use a material force (such as the physical authority of the government) in order to limit it.

The Marketplace of Ideas

Defenders of free speech have long believed that the best way to combat “bad” speech—things that are blatant lies—is with “good” speech. Fundamentally, this means that instead of using the government to ban people from saying that 2+2=5, it is much better to allow other people to correct them and let them know that 2+2=4. Even though the first statement is something that is almost universally recognized as untrue, this philosophy is rested in faith that eventually the truth will prevail.

The marketplace of ideas is a concept that describes a “place” where many different ideas are competing against in each other in order to eventually gain recognition. When human beings are given the right to consider all possible truths, the actual truth that describes our world will emerge victorious over time. This principle is what makes it possible to have a trial-based legal system to begin with—even knowing that either the prosecution or the defendant must be wrong, the jury is given the chance to consider all possible sides and then determine which side is closer to the objective truth. Denying the right to speak, express, or think about any possible truth would essentially be the conscious equivalent of denying an individual the right to defend themselves in court.

Though the objective truth of the universe is something that, by definition, seems to be infinitely detailed, it is still something that human beings can continue to move closer to uncovering in its entirety.

Species, ideas, and products that are being sold in a free market are all governed by a similar set of natural laws. In order for something to continue surviving, it must be able to be objectively stronger than the other things it is competing against. Birds, for example, will have a much higher chance of surviving if they are able to evolve in accordance with the conditions of their environment. Similarly, all products being sold in a competitive market will have to continue being better than their alternatives if they hope to continue to remain in demand.

Speech—and the ideas that speech expresses—is not immune to the forces of evolution. Eventually, imperfect ideologies will expose their imperfections and truer (though still imperfect) ideologies will eventually prevail. Defending freedom of speech does not require us to have a perfect understanding of our world in the status quo, rather, it simply requires the recognition that in order to see the objective truth of our world, we must have the perpetual freedom to consider all possibilities.

The Foundation of a Free Society

If you are an American, then the defense of free speech is likely something you have benefited from your entire life; but because this principle is so deeply rooted into the development of this nation, having free speech is something that is easy to take for granted.

Defending free speech does not mean that you must like people’s ability to say incorrect or even terrible things. When you pass extremists protesting a funeral, it can be very tempting to want to abandon the principle of free speech in favor of something else. But, even when we are faced with these circumstances where the effects of free speech seem to be quite tasteless, it is important to recognize the dangers of replacing the marketplace of ideas with a centralized force that has the authority to dictate what is right and what is wrong.

Believing in the virtue of free speech does indeed require you to have faith in humanity and faith that the truth will eventually prevail when tested over time. However, when we examine our reality, it seems that we really do not have any alternative. Having faith in a centralized institution to be the source determining what is right and what is wrong destroys all the virtues of human consciousness without solving any of the real issues. Democracy will be destroyed without the people’s rights to challenge the government, think independently, and evaluate the truth for themselves. Though free speech may simply be a means to an end, it is something that we must recognize the need to relentlessly protect.