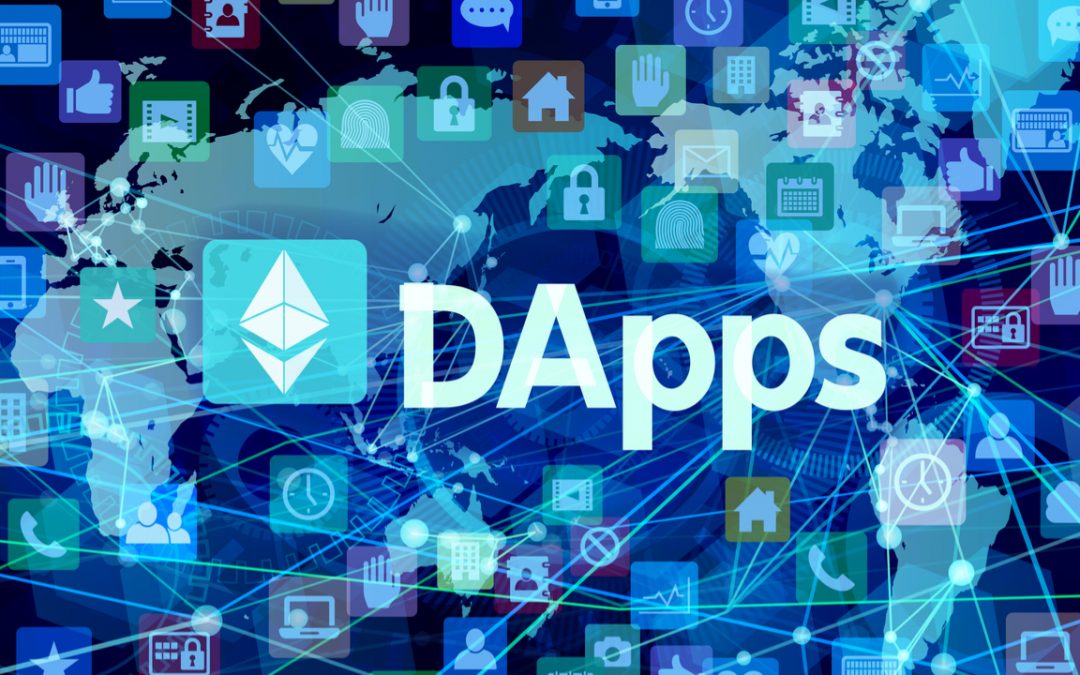 When compared to other blockchain projects, Ethereum is in a league of its own. The world’s 2nd largest crypto isn’t just a payment system like Bitcoin is. Instead, Ethereum is an entire platform built for smart contracts and decentralized applications (dapps). The potential here is incredibly high. In this article, we’re going to talk about ten dapps that are truly utilizing the potential of Ethereum and its platform.

The eSports industry is growing nearly as quick as blockchain. With over 300 million people watching eSports this year alone, it’s no surprise that we have an Ethereum project looking to innovate in the gaming industry as well.

FirstBlood.io is a competitive eSports technology harnessing Ethereum smart contracts and oracles to deliver funds instantly to the winning team. Because of the nature of smart contracts, there is no disputing over a winner.

The platform also allows anyone to compete via the FirstBlood token. Token holders can play matches, host tournaments, spectate games and vote in the jury, on top of gaining rewards via referrals. Players earn tokens by winning matches in games like League of Legends, DOTA 2, and Counter-Strike: Global Offensive.

DNN is a news website curated by its users. Not only does this remove the need for an overall authority, but it encourages unbiased, factual news pieces. The network also has fact checkers who are paid in the coin. These incentives mean that quality content gets the traffic over clickbait.

Because DNN is decentralized, content is permanent, and an overbearing party can not suppress it. The website has strict guidelines on what should and shouldn’t be published, and writers can interact with reviewers and commenters to better their work.

Ethlance is a freelance platform running on the Ethereum blockchain. Currently, platforms like Upwork and Freelancer.com dominate the online freelance web. Workers have no choice but to rely on these platforms, some of which take a 20% cut of every job.

Since Ethlance is run on the blockchain, there is no third-party to take away from the profits of freelancers. Files are stored on the chain as well, and workers have to pay the associated gas fees for each transaction.

Etheroll is an ethereum based online dice casino that sees nearly 18,251 transactions every week. Since Etheroll is on the blockchain, chances are provably fair at all times. There are no necessary sign-ups or deposits needed, and the house only has a 1% edge. Dice rolls are entirely random, with smart contracts established for each bet made.

Decentraland is a virtual reality space powered by the Ethereum blockchain. Currently in a pre-alpha state, users who sign up are provided an SDK in which to build their own Dapp and showcase it to the rest of the world via Genesis City.

Users buy a plot of land to showcase their Dapp, and anyone can walk through and check out the different projects. Casinos, shops, businesses, and more are all possible via this virtual space.

The blockchain allows users to claim complete ownership of their property from the start. Builders keep all of the profits and can do whatever they’d like with it. There is no third-party in control.

A recent project, established in January 2018, OpenSea is a massive marketplace for users to buy and sell digital items. There are over 20 categories, with 700,000 items to choose from.

Games like Cryptokitties and Etheremon are partnered with the project. Users have built the platform up to have 25 different asset types, including art collections and actual games. Though the platform has only been active for a few months, it has already seen 500 ETH go through its smart contract.

A bit different from the other gaming-centric dapps on this list, GameCard allows users to buy, sell, or lease cards. There are 100 cards on the home page, with each one selling for its rank on the list. Rank #1 sells for 100 Ether, while Rank #100 sells for 0.01 Ether.

Cards are made up of an image, a title, and a URL to redirect to. These fun little objects can be used to promote a website or to share some information. Each card has a 1% fee per transaction, but 10% of each initial sale is reversed to the Fluffy Cat Foundation, which raises funds for animal charity and welfare organizations.

Userfeeds describes itself as “Reddit for Etherbots.” Essentially, this dapp is a decentralized content rating tool that uses digital tokens to determine value. It is combatting fake news, ensuring that bots and other ranking tools don’t affect discovery via engagement as opposed to quality.

Organic discovery is another term for it. Users, publishers, developers, and more can all produce custom search results, feeds, top 10’s, and more. Spam, trolling, and other fake ways of promoting one’s content are nonexistent on Userfeeds.

CryptoLotto is a lottery game powered by the Ethereum blockchain, meaning that logistics and chances are entirely transparent. Essentially, anyone from anywhere can throw some of their ETH into the pot for a limited time. Then, when that time is over, all of that ETH is placed into a smart contract and sent to a random contributor.

This blockchain lotto is a bit different than a traditional one, as here somebody always wins. Also, the blockchain prevents any interference from third-parties, and as mentioned, the chances are entirely transparent. Smart contracts also allow winning to be instantly distributed.

FriendsFingers is a crowdfunding dapp with no initial costs. It doesn’t require any code whatsoever, and everything is done through Ethereum based smart contracts. FriendsFingers only takes 5% on successful campaigns, allowing nearly anyone to submit their project at little to no risk.

The blockchain allows for a completely trustworthy crowdfunding campaign. Smart contracts keep the funds in place and only distribute them should criteria be met. There is no need for a third-party or other interfering entity. The token keeps track of reward distribution as well.