Buying Bitcoin: How to Get Started 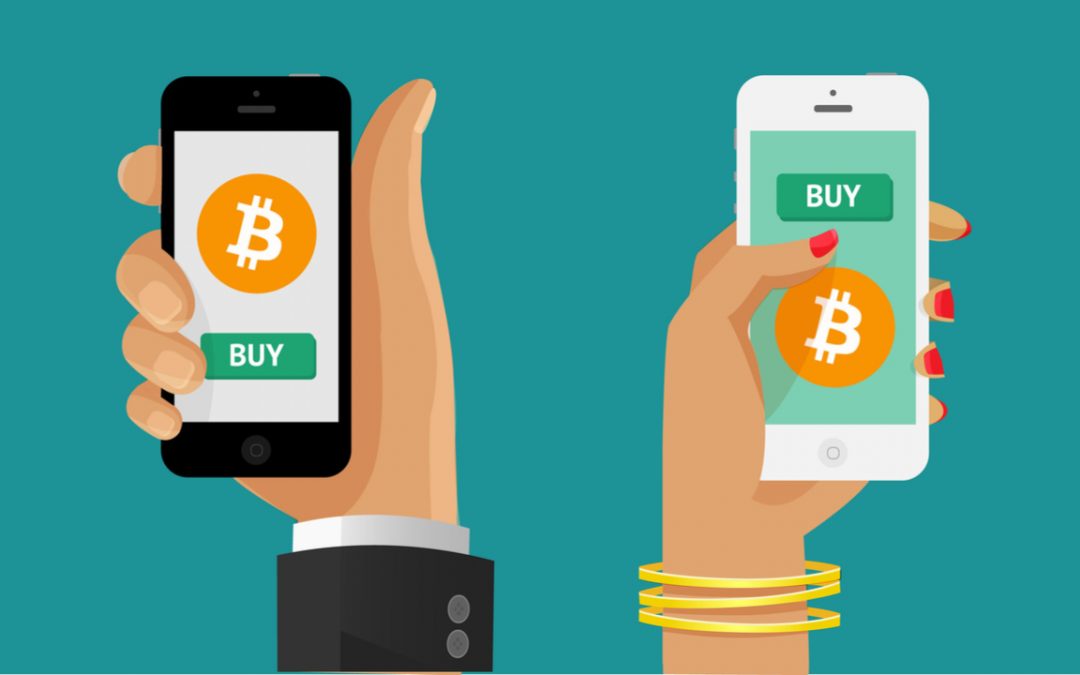 Bitcoin has invaded your favorite TV news stations and the headlines of your favorite newspapers. Folks are making money – and a lot of it – by investing in this strange, relatively new digital currency.

You want in. But you don’t know the first thing about Bitcoin.

What is it, really?

Why is it worth so much?

And, most importantly, how do you buy it?

We’re going to explore the basics of Bitcoin, take a look at the state of the market, and give you all the tools you’ll need to get started.

The first thing you need to know is that Bitcoin is a cryptocurrency.

The “crypto” in cryptocurrency is the same root that shows up in words like cryptography. It simply means hidden or secret.

The reason for this odd name is that cryptocurrencies are essentially created, secured, and timestamped via secret codes generated by computers along with a network called a blockchain.

A blockchain is a decentralized. ledger It’s spread across multiple users or nodes.

The Bitcoins on that blockchain are sealed with these computer-generated codes. They are similar to the serial numbers on U.S. dollars.

Because Bitcoin and other cryptocurrencies exist on computer networks, they can transcend banks and even governments. This is one of the key advantages of blockchain technology.

The blockchain itself acts as its guarantor, and the cryptographic process that creates them also gives them value.

There is no middleman, like a government, involved. Every dollar bill has a guarantee from the government as to its value. This kind of currency is called fiat currency.

Now you’re ready to use some of that hard-earned fiat currency to buy Bitcoin.

It seems like a sure bet, after all. We’ve all heard the urban legend of the million-dollar pizza, or the college students that bought $5 in Bitcoin only to find they were millionaires a few years later.

Not so fast. The Bitcoin market has evolved a bit since its Wild West beginnings. Alternatives to Bitcoin, called altcoins, can still experience extreme swings, but Bitcoin is viewed as the granddaddy and perhaps the most valuable of all cryptocurrencies.

A single Bitcoin, as of early May 2018, is hovering around $9,000. The vast majority of Bitcoin buyers don’t buy whole coins. They buy fractions of a coin, called satoshis after Bitcoin’s creator, Satoshi Nakamoto.

A satoshi is exactly one hundred millionth of a Bitcoin. It takes about 11,000 of them at Bitcoin’s current price to equal one dollar.

The problem remains – where do you buy one? Who do you go to turn dollars into digital Bitcoins?

We’re going to ignore some of the more technological methods, like mining. Just in case you hear that term tossed around, that’s the process of actually creating Bitcoins, turning electricity and processing power into digital currency.

We’re going to focus on the more common fiat-to-crypto gateway. It’s easier than you think.

The first thing to do is select an online cryptocurrency exchange that permits the exchange of fiat currency for Bitcoin.

The most popular portal by far in the U.S. is Coinbase.

Simply sign up for a Coinbase account, connect your bank card information, and get started buying Bitcoin (and a few other big currencies) as easily as you would order groceries from Amazon.

Coinbase is about as safe as cryptocurrency exchanges get. It is insured up to $250,000 and has complied with requests by the U.S. Internal Revenue Service to provide tax information. It’s unlikely to pick up and scuttle away with your money.

You now own some Bitcoin. Congratulations. You’re part of the crypto revolution.

So where is it, really? If you wanted to withdraw your Bitcoin and spend it somewhere to really feel like you’re living in a science fiction movie, how would you go about it?

This seems like a good time to explain a bit about Bitcoin wallets.

Digital wallets, just like physical ones, are holders of currency. They differ from other digital stores of value, like a bank account, because they exist on the blockchain.

This means that on a traditional blockchain, like Bitcoin, your wallet exists and is verified to exist (and contain your money) many times in a second by a multitude of different users.

Your wallet has two key components that you need to be aware of.

First, there is a public key. This can appear as a long string of numbers and letters or as a barcode. This is your “inbox” for receiving Bitcoin, and it can be publicly displayed for someone to put Bitcoin in your wallet.

Then there is your private key. This also exists as a string of numbers and letters, but it’s often encrypted to protect your funds. This means that it can exist as a passcode, PIN, or, most commonly, a list of 24 randomly generated words.

If this seems like a hassle, it’s for your own protection. Someone with access to your private key can send Bitcoins in your name – usually to their own wallet. Remember, this key is crucial. It’s advised to write it down, on paper, somewhere safe.

Some folks even engrave their keys into metal plates to guard against fire and flood. At least one user has reportedly tattooed his private key on his body.

So, that’s the basics of owning and operating a wallet.

You might notice that Coinbase doesn’t give you access to your private key. That’s because it is an exchange. On an exchange, you don’t actually own your coins.

The exchange acts like those old-fashioned banker middlemen. It holds onto your private keys for your own safety and often transfers the Bitcoins it owns into highly secure offline wallets.

Some folks maintain that you don’t really own a cryptocurrency until you remove it from an exchange and put it in your personal wallet. There’s an argument to be had there – the safest place for your Bitcoins to be is in your own wallet, on- or offline, with all the proper private key precautions.

And exchanges have failed or been hacked in the past. Realistically, however, your Bitcoins are about as safe in a reputable exchange like Coinbase as they would be in your bank account. And you can still spend Bitcoin and feel like a traveler from the future. Coinbase and other exchanges will give you the option to send Bitcoins to other addresses without actually entering your private key.

Once you hold some Bitcoin, that’s just the beginning. You’re now ready to begin trading cryptocurrencies and really engaging the market.

You’re also equally free to just let your Bitcoin sit around and rise in value – or possibly fall.

Remember, cryptocurrency is a risky game, and even though Bitcoin is relatively stable, the price doesn’t often hold still for long.

To recap – Bitcoin is a cryptocurrency that exists on a blockchain. It differs from fiat currency, like U.S. dollars, in that the blockchain itself guarantees its value.

A limited number of exchanges currently convert fiat currency to Bitcoin, and the most popular of these in the U.S. is Coinbase.

Cryptocurrency is new, strange, and exciting. So are all new markets. You can pat yourself on the back and congratulate yourself for getting in on the ground floor.