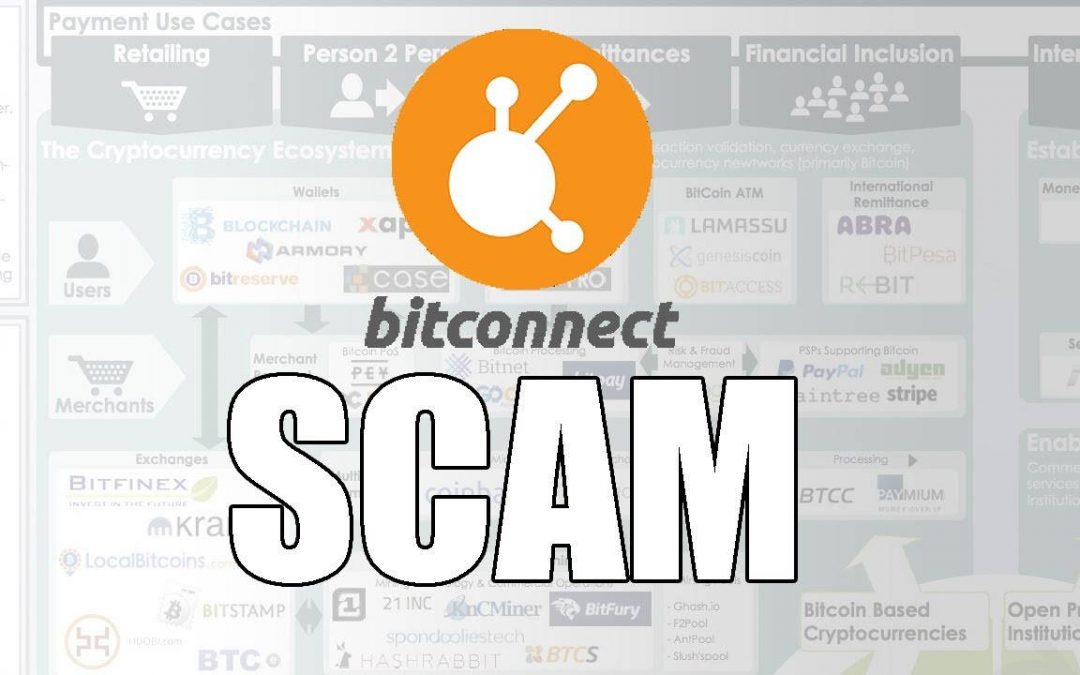 Bitconnect (BCC) reached the peak of its hype at the end of 2017 along with many other cryptos.

Its unbelievably high rate of returns drew in an enthusiastic crowd, but behind those championing the crypto stood others who warned new investors to stay away from what they believed was a  Ponzi scheme.

When Bitconnect collapsed in January of this year, it ruined people’s lives. Understanding how and why it was such as successful scam can help protect your investments in the future.

How did Bitconnect Scam So Many People?

Bitconnect began in November 2016 as an open-source cryptocurrency. Its main attraction was the high returns it promised on its automated exchange.

With all the confusion, chaos, and FOMO flowing the cryptocurrency market around that time, many were caught up in the belief that these “trading bots” were possible even though Bitconnect refused to provide specs or details regarding the bots at all.

This is because there were no bots; they had no tech. But the bots enticed users with an easy way into trading cryptos and stories of others investors success on the platform pulled people in, causing Bitconnect’s value to rise.

This evangelism elevated Bitconnect’s success. Its users were known for their meme-like enthusiasm about the platform. Through this constant praise, new investors encouraged others to join Bitconnect, incentivized with bonuses of higher percentages of return.

More people joined looking to recruit even more, all while BCC’s value continued to grow to new levels. That is until it collapsed.

At its core, Bitconnect was a Ponzi scheme. It offered artificially high rates of return that could only be maintained by inviting more and more investors onto the platform who would bring their money with them, further benefiting those who were already established in the system.

The chaos of people clambering to get into the market and make money as fast as possible made it the perfect climate for scams to succeed. Despite having a run for nearly ten years since Bitcoin’s inception, the public was still very unfamiliar with the market or the tech behind many cryptos.

Blockchain technology is complex. Trading differs from traditional markets. And with so many ICOs popping up, everyone was thirsty for the next crypto to moon. Bitconnect promised to make making money easier.

Bitconnect’s exchange didn’t offer up cryptocurrencies to investors. Instead, it gave them a token, BCC, to exchange with other users.

People entering into the system could buy BCC from the exchange with either fiat currency or altcoins or trade with others who held BCC. But the most important fact is that users couldn’t sell or trade their BCC directly to the exchange.

Meanwhile, the exchange, because they had pre-mined several million tokens before launching, could continue to provide their users with an endless supply of useless tokens.

This continued as BCC’s market cap grew to over $2 billion by January 2018 with tokens worth more than $400 dollars.

Meanwhile, continuous bad publicity, DDoS attacks, and several investigations only made things worse for BCC until they were finally served a cease and desist letter from the Texas Securities Board. This letter demanded that they shut down operations immediately.

This sent a wave of panic through the crypto community with partners pulling away from Bitconnect.

Shortly after that, on 17 January 2018, BCC announced that it was shutting down services on its exchange. The price of BCC tanked, falling 90 percent.

People were left with tokens no one wanted and with no real way to get their money back. And the people behind BCC disappeared.

Why People Think Bitcoin Is Similar to Bitconnect

Many people have called Bitcoin is a Ponzi scheme, and when they see Bitconnect’s failure, they argue that Bitcoin will soon follow. But statements like this miss the mark of what a Ponzi scheme is.

Bitconnect brought nothing of inherent value to the market. It trapped people in its exchange with its mostly untradeable BCC token, and it only functioned through continuously recruiting more and more people to artificially inflate returns on the platform.

Bitcoin serves as the backbone of the crypto community. It functions on actual proven technology, the blockchain. It serves as a store of value allowing for users to trade across all platforms and exchanges. The current hype around it has to do with its inherent usefulness to society, not because it is a scam.

Bitconnect only offered false promises of quick riches to people who didn’t know any better. It took advantage of eager investors. But most importantly, it has left a stain on the crypto community and stimulated FUD for others.

How Can You Protect Yourself from Scams?

The reality is that there are no guarantees in the market. Some days you win, some days you lose. But Bitconnect promised something everyone was looking for, and it did so when the market was chaotic with new people eager to invest.

It’s apparent success, a market cap in the billions of dollars, drew people to it, and still, it failed.

However, had more people taken the time to learn about cryptocurrencies and the market, many of the losses could have been avoided. The thing to remember is that many scams function similarly.

The Ponzi scheme is not new. Fake businesses collecting money from investors and then disappearing is not new. Scammers stealing information to rob people is not new. Understanding how scams work will best protect you and your investment.

To this day, there hasn’t been much regarding the prosecution of those behind Bitconnect. Many people still don’t have their money back.

There have only been a few arrests and lawsuits filed. Governments and regulations are still catching up with cryptos, and it will be some time before they implement systems to help curb fraud.

But in the meantime, remember that trading is risky, but you can mitigate that risk with the right knowledge and be ready for the next too-good-to-be-true ICO.