Can We Really Trust Blockchain Technology? 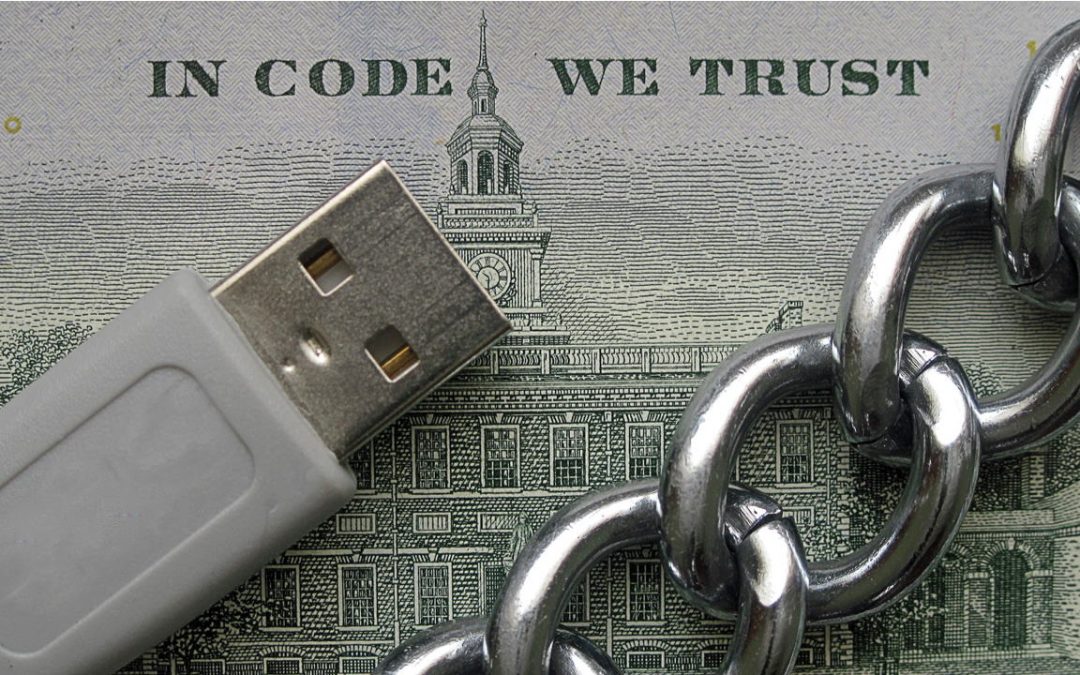 One of the biggest questions with crypto-assets is, “How much can we really trust blockchain technology”?

With cybercrime continuing to rise, we have to ask, how much longer can we continue to put our faith into centralized systems? Traditional “reputable” siloes of information are prime targets for hackers. But is blockchain technology any safer? Can we trust a truly decentralized system?

The main criticism of blockchain technology is that there needs to be someone in charge to keep the system safe and hold people accountable. But there are two problems with centralized systems. First, people are corruptible. Second, people make mistakes. When you take a step back and look at the current, centralized systems, this is more than evident.

The Economic Collapse of 2008 is a prime example. People put their faith in banks and Governments. That trust was shattered. Savings were wiped out. Jobs lost. Companies collapsed. And the world entered the greatest economic catastrophe since the Great Depression.

How Much Better Can Blockchain Be?

What makes blockchain better than current systems for storing information is that its security functions through consensus. If a hacker picks one computer on the network to attack, the others would recognize the difference and simply shut it down. The consensus protocol protects its security, limiting its vulnerability to outside threats.

In the nine years since Bitcoin’s creation, it has never been broken. It has never been hacked. Most of the attacks described in the news are either security issues or bugs from the Smart Applications that run on the network or from human error, issues with wallets, the exchanges’ weak security, etc.

The DOA attack was one of the largest attacks on the integrity of this trustless system. But the blockchain itself wasn’t attacked. After many people lost millions, the consensus of the Ethereum community decided to correct the hack and return the stolen funds through what is known as a fork.

This caused a divide in the community for traditionalists who believed in the “sanctity” of the immutable ledger, and those who believed that in certain circumstances, the blockchain should be adjusted. In the end, many people received their investment back, but the effect was that it shook the foundation of the belief in an unalterable ledger and cleaved Ethereum in two.

While the DOA attack only exploited a loophole in a Smart Contract, it doesn’t mean that blockchain itself is entirely hack-proof. There are some vulnerabilities.

The Risk of a 51 Percent Attack

A 51 percent attack targets the blockchain through its one dominating security feature, its consensus protocol.

In short, blockchain functions on a consensus, therefore, if a single party holds a majority of the network, the decentralized nature of the network becomes compromised.

If this happens through the pooling together of resources to control a majority of the hashing power on the network, that party could bring the network down.

This nearly happened once in 2014, but the network corrected itself. While the potential for this to occur now still exists, the reality is that it isn’t very cost effective to destroy the network. The expense for the hardware and materials necessary, albeit not impossible, is cost-prohibitive.

While older blockchains like Bitcoin and Ethereum are more susceptible to this type of attack, newer blockchains in development use different consensus protocols to prevent this from happening.

Developers have moved away from any system dependent on cost-restrictive ASIC mining cards to help ensure the network remained decentralized. This is the adaptive nature of blockchain technology. Developments can be implemented to safeguard the system.

While the benefits of this type of blockchain are numerous for the businesses they serve, there is still the issue of trust inside the network. Ultimately, the network’s ledger would be private or partially private, allowing the organization to have total control over what information enters the blockchain.

These types of blockchains offer the network protections, but not the democratization of information inherent in traditional blockchains bringing trust into question.

Quantum computers are a real threat to the cryptography used in blockchains like Bitcoin and Ethereum. These computers would be able to use what is known as a brute force attack to break the SHA-256 cryptography, jeopardizing the security of the network. Without getting too technical, two positive outlooks offset this impending threat.

The first is that these computers are 10 to 20 years away from being developed. This provides plenty of time to develop and implement safeguards to protect the network from brute force attacks. Currently, there are a few projects in development for 1st generation cryptos, and quantum resistant blockchain infrastructure will be the norm for next-generation projects.

Congress has recently realized the potential of blockchain technology. They have been researching how to implement the technology into their systems. Whether or not the government supports cryptocurrencies do not matter, they see the security potential of a decentralized system.

Governments are responsible for protecting some of the most sensitive information. Their push towards adopting this technology for their systems shows that they are ready to put their trust in the system. They are even looking at potentially utilizing it to further protect military installations and infrastructure against attacks from outside threats.

Every day, it feels like the news is ready to announce the death of blockchain technology. It’s as if they cannot separate the recent struggle with cryptocurrency markets from the underlying technology renaissance on the verge of happening. Wherever your opinions about cryptos rest, you cannot deny the benefits of a decentralized system of information.

Blockchain technology provides a nearly hack-proof way of storing and encrypting information. And while there are some vulnerabilities, developments are already underway to help increase protection from threats.

Just last year, Equifax revealed it had been the victim of one of the most significant data breaches ever. Millions of people had their information stolen. Choosing to store this information on a blockchain based network may have yielded a much different result.