How Blockchain Can Benefit The Gig Economy 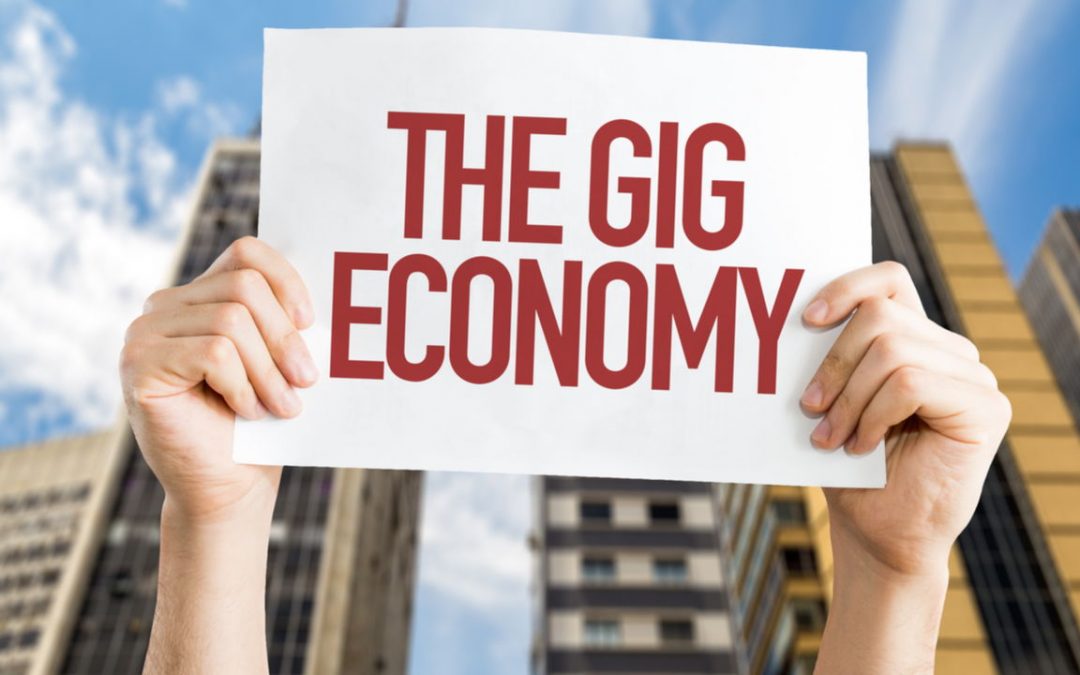 The modern world runs on technology. In fact, nearly every profession runs off of the internet or some kind of smartphone. This dependence on the digital space has made it so remote work is entirely possible for anyone with an internet connection and a skill worth sharing. The gig economy was born.

Platforms like Upwork and Fiverr have taken advantage of this structural change, and created marketplaces to facilitate the bond between clients and freelancers. Since then, Upwork has grown to be one of the most significant spaces in the world for freelance work, but it has created a sort of dependence that no worker can escape from.

The Reliance On Current Platforms

Upwork has a reputation system, word of mouth exposure, and a massive amount of gigs for anyone who knows how to look for it. Anyone starting out in the freelance world has almost no choice but to rely on Upwork or similar platforms. While this may not seem like a terrible thing, it can be somewhat limiting.

Freelance platforms implement all sorts of fees, forcing workers to raise their rates or suffer the consequences, and resulting in less work overall. Also, the reputation system is somewhat limiting. Bad clients can ruin the rating of a good worker with little they can do to retaliate.

Due to the limited reputation system, newer workers are also stuck begging for low-paying work because clients tend to search only for higher-tier freelancers. That’s not to mention that clients may not even rate freelancers, which negatively affects their overall job success score.

Once a job is approved, payments are stuck in a processing purgatory for days before the worker can claim them. Then, it takes time for the funds to appear in a bank account, not to mention extra fees paid for that transfer as well. On top of all of this, freelance platforms limit the number of jobs a worker can apply to. Usually, this is done via tokens that roll over monthly. However, if a worker applies for a job and the client ignores it, they do not get those tokens back.

By the heavy reliance on freelance platforms, workers are essentially putting their career in the hands of a third-party. Upwork can change the way things work whenever they’d like, and freelancers would have little to no say on the matter. Fortunately, platforms like the blockchain are ready to change this.

How The Blockchain Can Help

As you may know, the blockchain is meant to remove the reliance on any central authority. In the payment processing industry, the goal is to remove the control of funds from banks. In app development, it’s to put power back into the hands of app developers. Here, in the gig economy, the idea is the same: allow freelancers to be in control of their careers.

We’re going to detail a few ways the blockchain can help:

Smart contracts are a simple but incredibly effective change that the blockchain brings to the table.

Put simply, the blockchain is a digital ledger that can store and process transactions made between workers and clients. Once established, they cannot be broken or changed. Essentially if-then statements, smart contracts will automatically distribute funds to the worker when they complete the required task.

There is no holding of funds for a period, and the client has no way of refusing payment for a job well done. Of course, the client can review the work before releasing the funds, but any disputes would be handled by the community on the specific blockchain, ensuring that a fair conclusion is reached.

The blockchain allows users to control what information is shown on the platform entirely.

Workers can upload specific pieces and prove ownership through tokens. Certifications, reviews, and everything else shown must be provable, so no client or freelancer can lie about their experiences.

Not only this but because the blockchain is a massive, shared network, clients and freelancers have a profile that spreads across all different platforms. There is no need to restart on a new space.

Clients and freelancers take advantage of the systems on Upwork and other platforms. However, the blockchain allows for the tokenization of different aspects, allowing for a much more fair and relevant reputation system.

The token system also allows users to let their work speak for itself. There isn’t any overall rating anymore, with clients able to look into specific ratings and see if the worker fits their particular needs.

Currently, Upwork and other freelance platforms are entirely centralized. Servers can go down, and hackers can break into the system. Also, this puts the control of the platform over one entity, as mentioned earlier.

On a blockchain, significant platform shifts must be voted on by the community. If Upwork suddenly increases their transaction fees, freelancers are suddenly scrambling to adjust their rates, locking them out of specific job tiers.

Not to mention the security features that decentralization brings to the table. Because there is no one central point of entry, information is entirely secure as no bad actor can break in and steal what they’d like. This also means that the network will always be online and stable.

Remote freelancers are becoming more and more common, especially as technology continues to innovate in the way that is. However, that growth also means an increased number of workers relying on these centralized platforms like Upwork and Fiverr.

Like in many other industries, the blockchain can innovate in new and exciting ways that make our world a better place. The freelance job market is only growing, and the reliance on centralized marketplaces needs to be stopped. Hopefully, as blockchain technology becomes more mainstream, we will see these new technologies change our lives and make them into something we can deem reliable.