The Shocking Truth About Cloud Storage 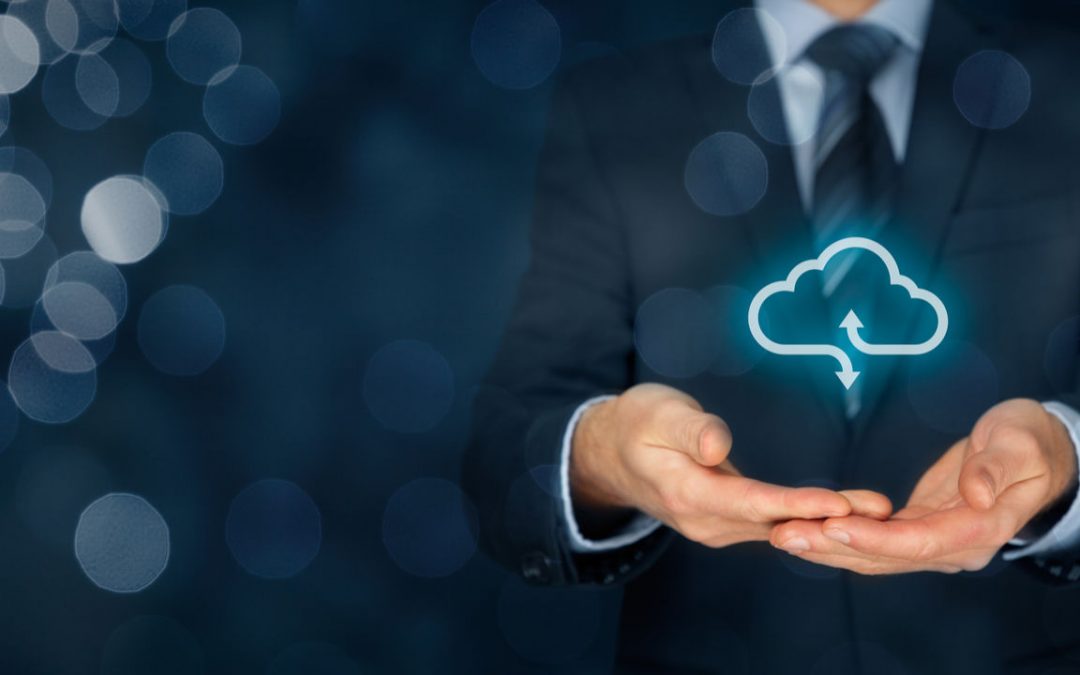 Computer cloud storage has come a long way in just the past few years. Ever-increasing hard drive sizes became largely irrelevant thanks to the development of cloud computing, which connects individual computers to storage on a vast central server.

If you’ve ever used Google’s Gmail application, you’ve made use of cloud storage. Google maintains large warehouse-like facilities full of servers to house individuals’ data. This data can then be accessed via the internet instead of stored locally, giving users both more room and more speed.

That centralized form of storage, however, leaves a little to be desired. Ultimately, the company hosting your particular cloud storage has access to your information, and it is usually free to sell it to third parties, like advertisers.

Additionally, all that data collected in one place is a handy target for hackers, phishers, and other potential bad actors. Since all the cloud data is physically collected in a single location, a flood, storm, or another natural disaster can wipe out the data of potentially millions of individual users.

Blockchain technology aims to decentralize the cloud. Blockchains are lists of sealed, encrypted computer signatures that can’t be duplicated or destroyed. The most famous blockchain you’re probably familiar with is Bitcoin.

In the same way that individual Bitcoins can’t be tampered with, information held on a decentralized blockchain cloud is secure from both natural disasters and malicious actors. Here’s a look at some of the newest faces in the cloud computing arena, all of which utilize blockchain technology.

Pronounced, “storage,” the STORJ project aims to create a blockchain-based, secure storage format at a reasonable price point. Although the project is not yet live for the general public, STORJ anticipates storage fees of about $0.015 per GB per month, payable in its native STORJ token. Unlike a traditional cloud storage service provider, STORJ cannot access data uploaded to its blockchain.

Moreover, the data that STORJ holds is distributed across many different computers in the network, making access faster and providing backups in the event that a single computer in that network goes down. From an investment standpoint, STORJ currently has a market capitalization of about $120 million with an average token price of about $0.88. The total supply of STORJ is about 425 million.

DADI is another player in the decentralized cloud storage space. DADI estimates that its blockchain network provides efficiency savings of up to 90 percent over traditional cloud storage service providers. Like STORJ, DADI users can rent space on their hard drives to become a node in the DADI network. In addition to simple data storage, DADI offers users both a web and a publish function.

This allows users to treat DADI as a platform for creating and distributing content in a decentralized manner. Websites hosted on DADI are much more resistant to the famous “hug of death” resulting from too many users trying to access a single server. DADI carries a market cap of about $18 million with a price of about $0.23 per token. The total supply of DADI is 100 million.

Sia has big goals; it wants to be the storage layer of the internet itself. It is also based on blockchain technology, and it has a roadmap in place to dominate the cloud storage sphere by 2020.

Sia has several big-name financial backers, including Raptor Capital Management, First Star Ventures, and Fenbushi Capital. Sia’s native currency, Siacoin, has a market capitalization of about $680 million with a coin price of $0.02. The total supply of Siacoin is about 35 billion.

Last but not least, Filecoin offers a blockchain storage solution that commodities storage. That is, storage space is treated like a commodity that can be bought and sold, and individual storage providers can earn larger rewards by hosting larger amounts of data on updated machines that promise speedy data delivery.

Filecoin storage providers can finetune their hardware to create the best, fastest storage available, so there is an incentive for getting the job done right. Filecoin does not currently share its total supply, so it’s difficult to calculate total market capitalization. The price per native Filecoin token is just over $11.

Cloud storage has several major advantages over traditional hard-drive-based local storage. Your data can be sent to the cloud and shared easily with different users around the world. Plus, data sent to the cloud acts as a kind of auxiliary backup, should your local device fail.

Traditional cloud storage service providers, however, are just larger and better-funded versions of local storage options. They house massive amounts of data in physical server locations. Those locations are vulnerable to natural disasters, like floods, and they make tempting one-stop-shopping locations for hackers and identity thieves.

Moreover, choosing to use cloud storage is ultimately choosing to turn all of your sensitive financial information, emails, and other files over to a third party. With all of the revelations surrounding inappropriate data use by Facebook and others, it pays to know exactly who has your data and what they are doing with it.

Decentralized blockchain storage solutions, like STORJ, DADI, Sia, and Filecoin, offer a promising alternative to traditional cloud storage options. Data is spread out over the blockchain’s many computers and then encrypted, making your data simultaneously easier to access, better protected, and more private.

As blockchain technology improves, it’s almost guaranteed that cloud data storage will shift from large, single-site providers to decentralized systems. By studying the options available now, you’ll be in a better position later to choose the cloud data provider that best suits your needs.

You might even be able to get in on the ground floor of the system yourself by renting your unused hard-drive space. Each blockchain has a different method of setting up cloud storage for rent, so do your own research to find the easiest and most rewarding return on investment.

The blockchain, at heart, is about returning computer power back to the public at large. Take charge of your data storage and earn a little digital cash for yourself by looking into decentralized cloud storage solutions.

Tony has a passion for entrepreneurship and digital marketing. He is a full stack developer with expertise in Saas (software as a service) products and services.