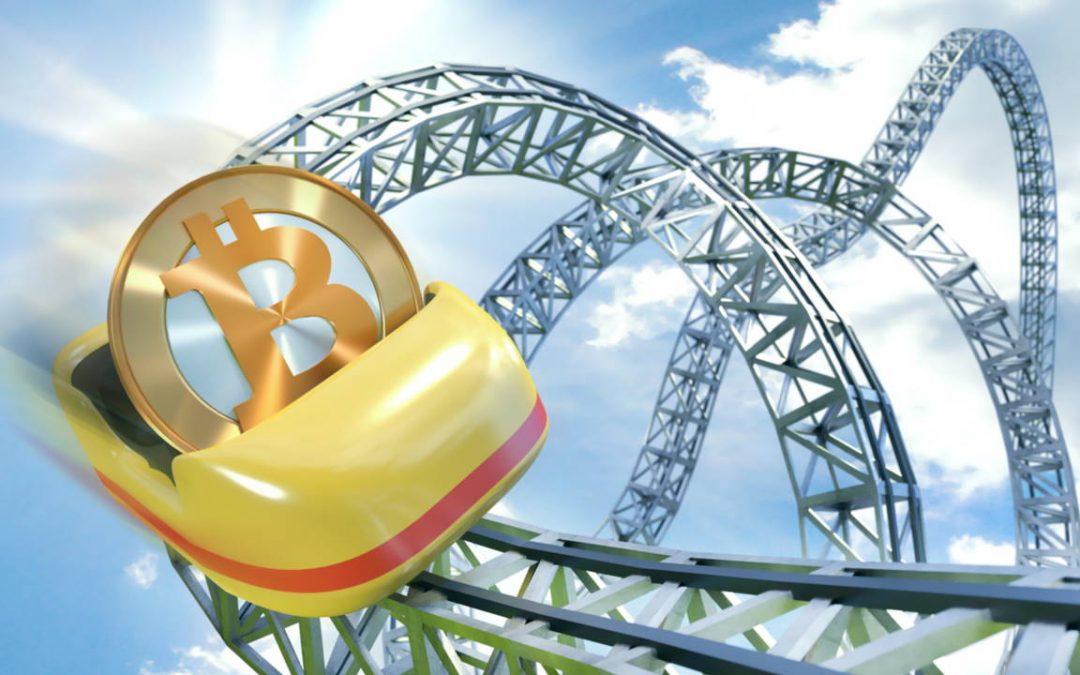 There’s a lot of noise about the current state of cryptocurrencies and bitcoin’s recent price crash. Hacking, government regulation, and several scams have all contributed to Bitcoin’s current price drop. It’s been a rough first half of the year for investors…

But looking at this trend can help us see where cryptocurrencies are heading in the future.

This is not financial advice, only an analysis of the current state of affairs and what it means for our crypto trading community. So what can a year of apparent setbacks and a steep drop in price for Bitcoin say about the future of cryptocurrencies other than failure?

Alongside the recent price drop in Bitcoin, we have seen tons of ICOs flop because they were either scam coins or poorly orchestrated projects. Many of them either rehashed old ideas and pitched them on investors too unfamiliar with the concepts to know the difference or provided an unrealistic expectation for the future. And still, others have stalled or gone dark.

When these ICOs started failing or revealing hidden agendas, investors turned straight for the nearest exits, causing coin prices to collapse. This pushed out several ill-informed investors and sparked negative media coverage along the way. However, this rapid rush to the exits revealed several threats to the image and integrity of cryptocurrencies to the community.

Stories of significant losses flooded social media over the last months, scaring off potential investors and further destabilizing the market. Many thought the rapid decline of Bitcoin would reveal a failed system. Media fear mongering made the situation worse. Even though Bitcoin survived that turmoil, its environment shifted.

The recent chaos flushed out many scammers and exposed notorious scams like “pump and dump” and ponzi schemes like Bitconnect. This isn’t to say that all the scammers are gone, but their methods will have to change. Some of these old methods will remain, but investors will have to be cautious going forward for new types of schemes aid at stealing their capital.

Big Brother Is Watching You

We now know how much government regulations can affect the market. China and India’s decision to cut down on mining and using cryptos in their countries shows that they’re not afraid to get involved in the cryptosphere. These regulations caused investors to hesitate and further damaged the market value of cryptos across the board.

Major advertising platforms like Twitter and Facebook didn’t help things either when they decided to ban ICOs from advertising. But now governments are looking into cryptocurrencies after its significant climb and fall. They want to know what kind of threat it is.

While there has always been a general scoffing at centralized forms of control in the crypto community, they are now beginning to see more pushback from governments. This year has shown us how their interference can influence the market.

Whether or not government compliance needs to happen or not isn’t the issue. The issue going forward is that the crypto community realizes that they’re on the radar now more than ever. Projects in the community will have to position themselves in a way that makes them less susceptible to government interference.

Regulations May Not Be All Bad

Many people think that there needs to be more accountability in crypto communities. They see government and exchanges stepping it to help protect the assets as a positive measure, a step that will help foster more trading in the market. This could add more value to the market by attracting unlikely investors, those previously deterred by the whole “Wild West” feel of it.

There are positives and negatives on both sides of this, but the only thing that’s clear is that more regulations are on their way. Bitcoin’s massive price wave was like gunshots going off. Its influence on the other cryptos can’t be ignored. Make no mistake, government involvement is only beginning.

There’s no short list of people calling Bitcoin and other cryptocurrencies a bubble. This recent drop illustrated that Bitcoin isn’t invincible, but that it isn’t a bubble either. Its value expands and contracts, like a heartbeat, indicating that it still functions within the bounds of market activity. The durability of Bitcoin will continue to be closely monitored in the future.

There’s No Such Thing as Bad Press

Previously, most people limited their understanding of Bitcoin to something that people use to pay hitmen and drug dealers. Now with more projects in development building off the blockchain technology, governments, and large business are exploring its potential.

This interest has sparked continued investment into the market despite the declining prices. Investors see the potential of the market. People are talking about cryptos now more than ever, but they’re skeptical of certain aspects of the technology that makes it apparently unapproachable to the average person.

With the increased interest, cryptos will have to address the problems this rapid expansion has created. Enhanced security, easy to use interfaces, and more overall awareness in the community will have to develop to help protect people new to the community.

Bitcoin Is Here to Stay

It’s easy to get lost in the ups and downs of the market, but Bitcoin is still up overall. Had you bought coins in a majority of the months last year, you would still be holding a profit. It hasn’t bottomed out despite all the chaos of December and January.

This durability is enticing new, potential investors. They’re waiting to see Bitcoin level out before they slowly buy into it. They see that it has survived. They see that it still holds value. They see it for what it is in the community—the foundation. This is important.

Its current value is an illustration of support from a community of investors that believe in this technology and what cryptocurrencies can do for the financial systems in the future. They’re using Bitcoin as a barometer to gauge potential storms on the horizon before they decide to invest.

This is just one of many previous cycles of Bitcoin’s price rising and falling, with each time it gains and maintains ground. Markets adjust and correct themselves all the time, Bitcoin is no different.

Right now, people are skeptical because of the previous boom. But the market is expanding. Those studying what is happening and why will be more prepared for future shifts and know how to benefit from them.