The Power of Blockchain Cloud Storage 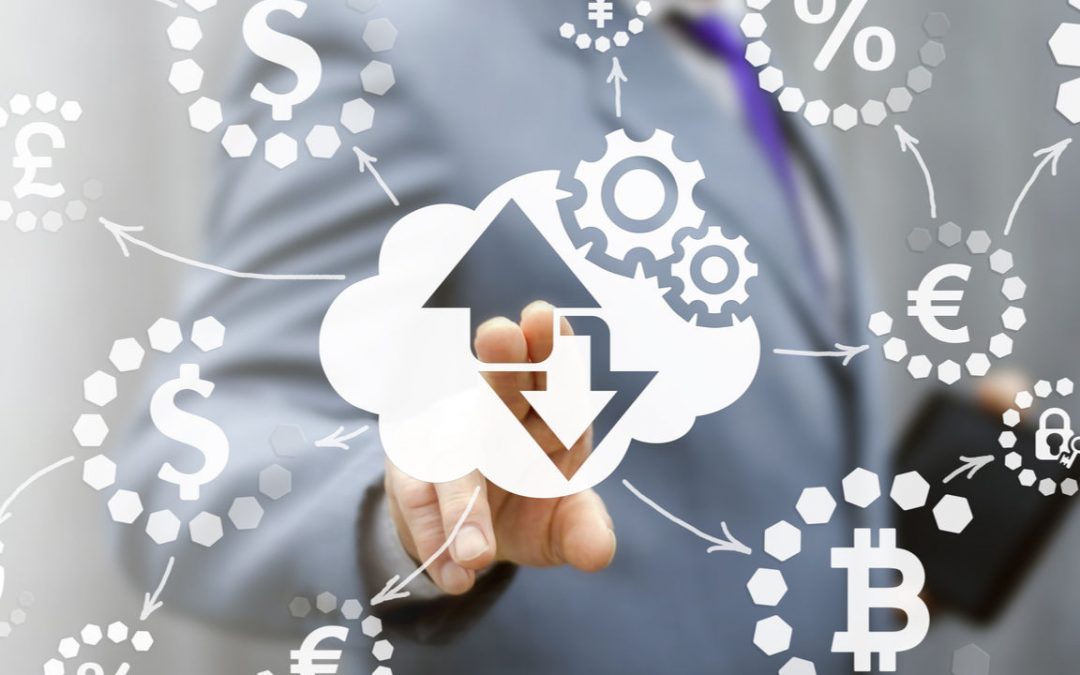 If you’re reading this, chances are you already know that the blockchain is essentially a digital way to represent assets. It is secure, reliable, and most importantly, decentralized.

Then, we have cloud storage, which is a space for users to store their data remotely onto a network. Cloud storage can be limited or unlimited, with the cloud being made up of multiple different resources – sort of like a blockchain.

It only makes sense that when these two technologies come together, we are met with the ultimate storage solution.

The Current State of Cloud Storage

However, we are trusting them with our private information that is usually unencrypted as well. The cloud is still a centralized entity as well. Of course, centralization isn’t entirely detrimental here, as it enables companies to lower costs and become more reliable overall.

Yet, that centralization places our private information at risk of attack, with hackers busting into these storage spaces all the time. 2017 alone saw some massive data breaches, and customers are only becoming more wary of their security.

It’s not a terrible solution, but experts predict that the cloud is getting ready to switch to a more decentralized and distributed solution, also known as the blockchain.

How The Blockchain Can Help

Of course, the primary goal with blockchain is “how can we achieve x in a trustless, decentralized manner? So far, the technology has accomplished such a feat when it comes to payment processing or app development. However, with it comes to blockchain cloud storage, there still needs to be a sort of control or management.

Blockchain cloud storage relies on a tech startup to create a sort of decentralized “storage marketplace” in which users opt into selling their extra storage in exchange for cryptocurrencies. Then, users (also known as renters) will pay to rent that storage, in which their files will be distributed all over the world, as the network would be decentralized.

This is a massive benefit, as traditional cloud storage solutions have many central points of failure. With the blockchain, there is no such thing.

Also, while a blockchain cloud storage solution would still require some management, the party in ownership would have zero access to the files and information placed on the network. Even if someone somehow did come across your data, it would only be a fragment of it, as the data will be spread all across the different nodes throughout the globe.

Traditional cloud storage seems cheap, with unlimited plans sometimes costing less than $20 a year. That said, there really isn’t a point of reference as nothing else of the sort has come into existence. Blockchain cloud storage instead could be as cheap as $2 per terabyte per month. Because of the user-host approach, these prices are also subject to fluctuate depending on supply and demand.

Implementing a blockchain solution can deter some companies, as it is relatively expensive at the start. That said, most big corporations that already have cloud storage have multiple big, dedicated facilities for cloud storage. The blockchain tech can build right on top of that, allowing the company to save money, and the user can experience less expensive monthly fees.

So, while the blockchain isn’t necessarily a massive upgrade from traditional cloud storage, the features it implements are worth making the change. Not only does it make things cheaper for both parties, but the increased security and efficiency are a great bonus. Here are some projects already working to bring you blockchain cloud storage:

Pronounced as “storage,” Storj is arguably the best cloud storage blockchain solution in existence. Based in Atlanta, it’s one of the only solutions that is actually working, and with an acceptable user interface to boot.

Storj works by encrypting your selected files, essentially utilizing cryptographic technology to make it that only the key-holder (you) can read them. Then, it does the traditional file division across different nodes.

The platform pays via tokens, though storage converted is equivalent to $0.015 per Gigabyte storage a month and $0.05 per Gigabyte download. There is a waitlist to join.

Sia is incredibly similar to Storj, though it has more of a focus on businesses. It’s much more selective on who can utilize the blockchain cloud features. With Sia, node hosts must put up a stake for users to rent out, with higher stakes getting pushed up on the list. Agreements are made out via smart contracts, with users and renters making a claim via timed smart contracts.

More so than distributed cloud storage, the InterPlanetary File System (IPFS) plans to “connect all computing devices with the same system of files,” essentially overtaking the HTTP protocol. IPFS calls itself a “distributed web,” and also implements something called Filecoin as a platform incentive.

In most ways, Filecoin works the same as Sia or Storj. Where it differs is in its different roles: clients, storage miners, and retrieval miners. Clients work the same way as traditional cloud-based blockchains by renting the storage. Storage miners provide storage by staking it, and the retrieval miners must ensure that the cloud information makes it to the clients.

The storage miners use a consensus algorithm known as “proof of spacetime.” In this new sort of space, these miners consistently broadcast proof of their data storage, which replaces the “hashing” done on a proof of work system.

Then, the retrieval miners (weirdly named, as they don’t actually do much “mining”) stand more as an overarching third-party ensuring that downloads go smoothly between a client and a storage miner.

The blockchain is looking to innovate in a variety of different industries. It has already done so with a few, but we’ve yet to see the real power of this new technology. Cloud storage is one of the many spaces being improved, but it is so efficiently and powerfully. We’re looking forward to seeing how this is done.